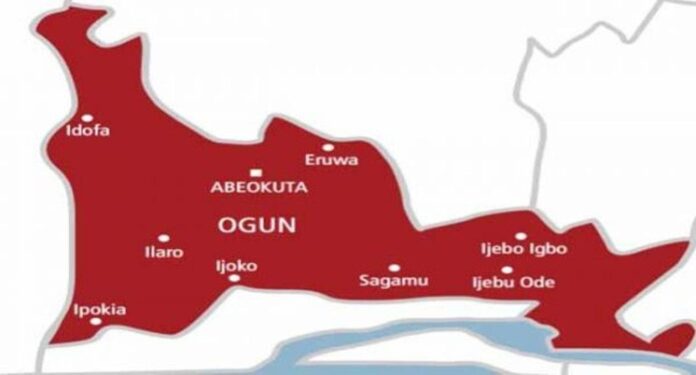 Decades earlier, Christopher Okigbo, one of Nigeria’s greatest literary voices, dissected the futility of bad governance, wondering the number of million promises might ever fill a basket. Today, more than four decades later, Okigbo’s words ring true with the suffusion of promise-and-fail political leaders bothering the political space. Which is why, when the nation spots a departure, it must accept it completely, giving applause to whom it is due and requesting more. Let’s track just one example: in line with its pledge made, promise kept character, the Ogun State federal government, last week, indicated that the agro-allied freight airport being constructed by his administration in Ilisan Remo will be prepared for use by November. This is a task started only in March of in 2015. And then the primary the essence: the task is set to offer a minimum of 25,000 jobs. Said Governor Dapo Abiodun: “The agro cargo airport will have favorable impacts on hotels and warehouses being constructed in the location. The Nigeria Customs and the Nigerian Air Force are coming there.” As he noted last year, “we have a company belief in inclusive farming opportunities that will not cut off smallholder women, farmers and youths.”

If the airport is going to offer exporters the leeway to export cocoa, kolanut, rubber, tobacco, cassava, yam, maize, sweet potato, oil timber, cashew and palm, to name a few, while bypassing the bottlenecks of the Murtala Muhammad International Airport in Lagos, why not? If markets will spring up as soon as it starts operations, why not? An airport tactically located to reach products throughout Ogun and parts of the South-West seems like a terrific idea. In any case, Lagos, Nigeria’s financial capital, stands to gain from the airport given that it has just passenger airports. A see to the site will certainly reveal that a great deal of extensive thinking entered into conceptualizing the task, which has the imprimatur of the Federal Ministry of Transportation and the Nigerian Civil Aviation Authority (NCAA). If this job complements the status of the Gateway State as Nigeria’s foremost commercial hub while optimising the logistics and distribution worth chain, improving competitiveness and making it possible for the state to maximize AfCTA for economic growth and advancement, then so be it.

Found within an aerotropolis with a land allowance of c. 5, 000 hectares making up facilities for commerce, market, cargo handling and logistics, the airport is forecasted to combine Ogun State’s competitive advantage in food production and agro-allied and production markets. Tellingly, in November in 2015, totally apprised of the possibly enormous benefits of the job, a Non-Governmental Organisation (NGO), the International Freight and Cargo Advocacy Centre (CIFAC), advised the Federal Government to provide financially support to the task. As it noted, the perennial absence of storage centers for farm fruit and vegetables and the obstacles developing from aviation bottlenecks had actually been the bane of exportation by farmers in Nigeria. The conclusion of the global airport, it stated, would enormously enhance the exportation of farming and allied items by commercial farmers along with the importation of farm inputs, while it would further motivate the expansion of agro-allied cottage industries in the country, consequently enhancing its Gross Domestic Products (GDP) and other economic indices within a brief time frame.

That sounds so splendid. Hear CIFAC: “The tactical area of the airport on the Sagamu-Epe-Lekki bypass roadway will not only boost easier, faster and more affordable access to it by vehicle drivers from all parts of Ogun, Oyo, Lagos and other states in the South-West given the chance to avoid the incessant traffic on the Lagos-Ibadan Expressway, but will also enhance international trade in the West African sub-region along the Lagos-Cotonou (Benin-Republic) trade corridor and this comes with huge guarantees in reinforcing regional economy and global cooperation amongst countries in the West African sub-region.”

One important point that this project conveys really admirably is the worth of job continuity in governance. The task was in fact conceived in 2007 during the Gbenga Daniel administration and had all necessary approvals, including the Environmental Impact Assessment from the aviation regulatory body, the Nigeria Civil Aviation Authority (NCAA). It was rejected by the Ibikunle Amosun administration. Happily, all of that changed with the inauguration of the Iperu-born prince at Oke Mosan. He set to work extremely rapidly and designated the cargo airport as a heteropolis (total airport city) with a special agro-processing zone replete with factories where basic materials could be turned into final products for export. In its quote document for the African Development Bank’s (AfDB) unique agro-processing zone, it chose the area to co-locate the special agro-processing zone. Instructively, the AFROEXIM Bank has started the building and construction of the very first African International Testing Centre in Sagamu; that is, a centre where items for export would be evaluated and approved for export. Talk of tactical thinking.

It actually can be no surprise that for 2 times in a row, Governor Abiodun has won the Governor of The Year Award in Agriculture, wowing the Nigeria Agricultural Award (NAA) panel of assessors with such programs as the linkage of 800 participants to inputs and credit to the tune of N360 million under the Ogun State Government/Federal Government/IFAD Assisted Value Chain Development Programme (VCDP), with 394 maize farmers, 54 rice farmers and 21 poultry farmers gaining from the Nigeria Incentive-Based Risk Sharing System for Agricultural Lending (NIRSAL) through the CBN; his14 solar-powered water schemes in select LGs, and the facility of a rice processing centre in Eggua.

It’s clear that the agric airport will begin operations in November, bringing Ogun to the next level in its service development and economic growth activities. Over 70 per cent of the runway and administrative workplaces has been finished. Guarantee made, promise kept.