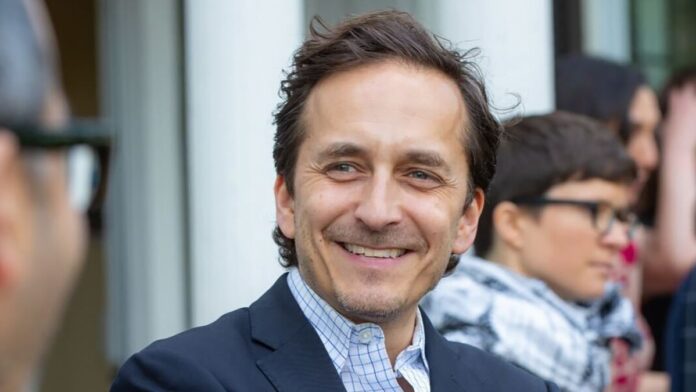 Ukrainian President, Volodymyr Zelensky has revealed that award-winning American journalist, Brent Renaud, lost his life while documenting the human tragedy, devastation and suffering of millions of Ukrainians amid the ongoing war between Russia and Ukraine.

Zelensky said Renaud travelled to the most dangerous war zones to film the unprecedented ruthlessness and evil.

He said this in a statement he signed while reacting to Renaud’s death on Monday night.

DAILY POST had reported that the Russia-Ukraine war claimed the life of Renaud.

The statement read in part: “Dear Family of Brent Renaud,

“It is with deep sadness that I am writing to extend my heartfelt condolences to you on the tragic loss of your beloved son and brother, Brent Renaud.

“A talented and brave journalist, Brent lost his life while documenting human tragedy, devastation and suffering of millions of Ukrainians.

“With all his courage and determination, he travelled to the most dangerous war zones to film the unprecedented ruthlessness and evil, also inflicted upon our nation by the aggressor state.

“The people of Ukraine, who are fighting against the Russian regime to defend their homeland and democracy in the world, are mourning with you.

“We are thankful to Brent for his professionalism and commitment to the values of compassion, ethics and justice.” 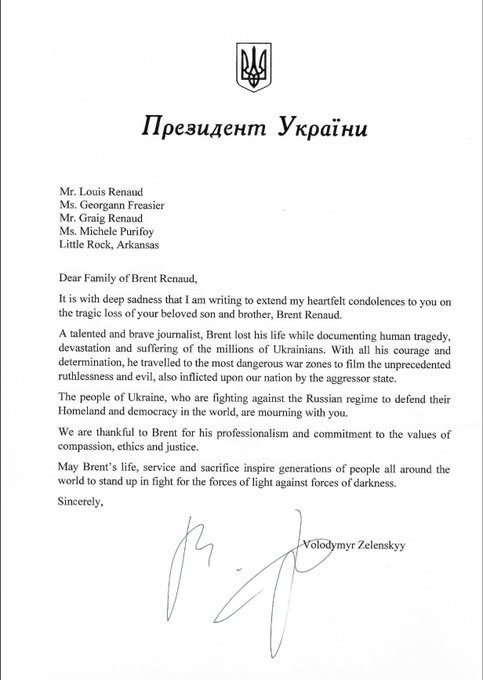