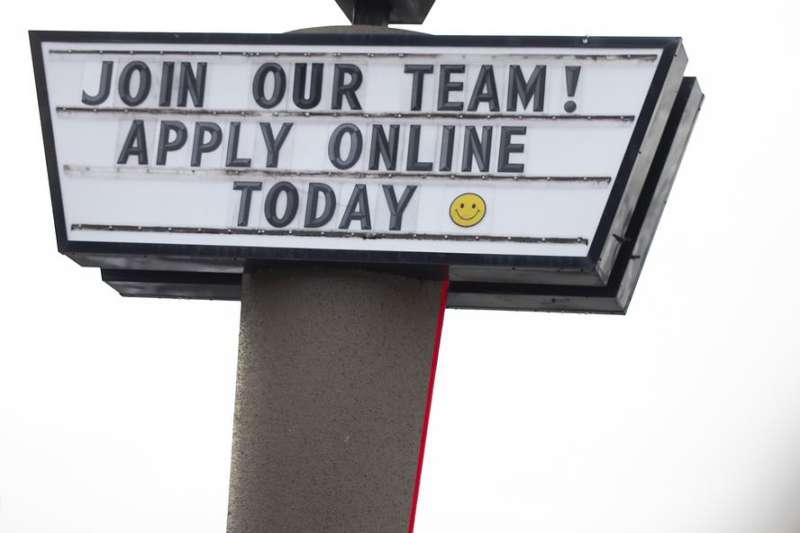 As data misses go, this was another big one for the United States jobs market. But it’s not all bad news.

The world’s largest economy created a disappointing 199,000 jobs in December, the US Department of Labour said on Friday. That is less than half what many analysts were expecting.

On a brighter note, the nation’s unemployment rate ticked down by 0.3 percentage points to 3.9 per cent, bringing it within striking distance of the pre-pandemic level of 3.5 per cent seen in February 2020.

The data for the December jobs report was gathered in mid-month – before Omicron infections had spread widely throughout the US. Some economists are warning that the new variant could knock the wind out of the labour market in January, thanks to flight cancellations and a wave of workers calling in sick.

Absenteeism due to illness is worsening an already acute worker shortage in the US – which is believed to be weighing on jobs creation.

“The muted 199,000 gain in non-farm payrolls and the more muted increase in labour force participation suggest that worker shortages were becoming a bigger restraint on employment growth, even before the Omicron surge in infections, which could knock hundreds of thousands off payrolls in January,” said Michael Pearce, senior US economist at Capital Economics.

A record 4.5 million Americans voluntarily quit their jobs in November, in a sign of how confident workers feel about their job prospects. Job openings on the final day of November were also near a record high.

That trend continued in December, with average hourly earnings for all employees on private nonfarm payrolls increasing 4.7 per cent from a year ago.

The labour force participation rate – which counts people who either have a job or are actively looking for one – was unchanged in December at 61.9 per cent. That is 1.5 percentage points lower than pre-pandemic levels.

For the whole of 2021, job growth averaged 537,000 per month in the US. That leaves the economy 3.6 million jobs shy of regaining all of the 22 million jobs lost in the opening months of the pandemic back in 2020.

While that shortfall does not account for growth in the economy or the labour force since then, the data is signalling that the pandemic has altered the US jobs market in ways that economists are still trying to get to grips with.

Several factors are believed to be contributing to the worker shortage in the US, from fear of contracting COVID-19, to ongoing childcare challenges, baby boomers taking early retirement, and workers opting to start their own businesses rather than work for someone else.

The upside for workers is that they haven’t been in this strong of a bargaining position for years.

But even with last month’s pay bump, workers still have ground to makeup, thanks to soaring inflation. The Federal Reserve’s preferred gauge of underlying inflation, Personal Consumption Expenditures, surged 5.7 per cent in November compared to a year earlier – the sharpest spike in nearly 40 years.

Until late last year, the Fed had prioritised keeping interest rates at historic lows to create fertile conditions for getting Americans back to work. But with inflation on the rise, the Fed signalled in December a hawkish pivot in monetary policy to rein in inflation.