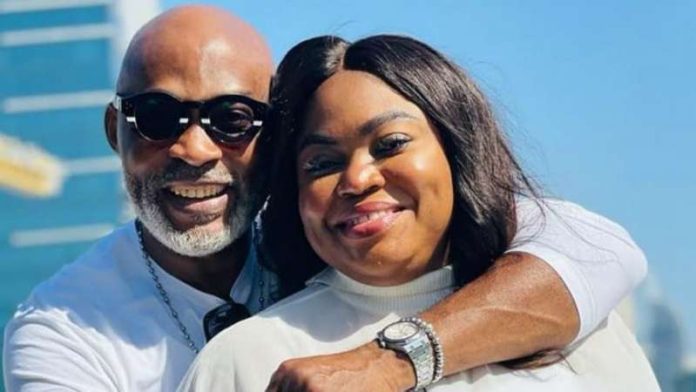 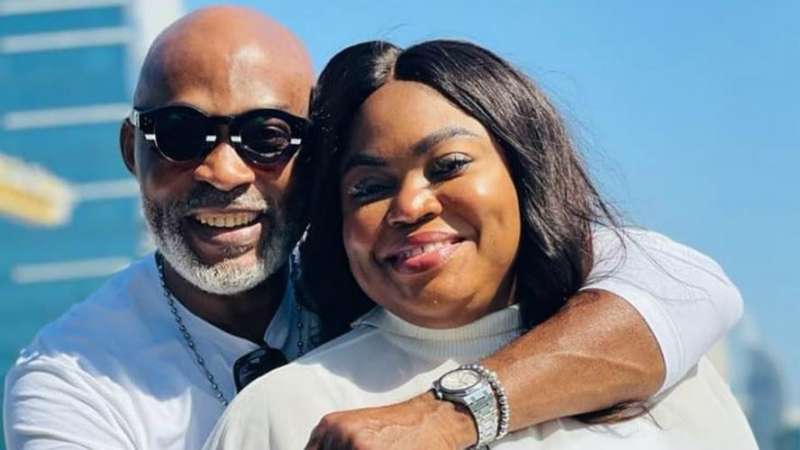 For over two decades, Nigerians have been itching to know why Jumobi Adegbesan, the popular AIT presenter, quit her career following her marriage to Nollywood star, Richard Mofe-Damijo (RMD).

Well, RMD, who recently celebrated their 21st wedding anniversary, has revealed why his wife left her blossoming broadcasting career to keep their marriage.

RMD, who married Jumobi on December 29, 2000, celebrated their anniversary with a loved-up throwback picture of ‘how it started and how it’s going’ on Instagram.

Thereafter, the 60-year-old actor took to his Instagram page to respond to questions asked by fans after his anniversary.

He wrote: “My wife had her mind made up before we got married that she didn’t want to be in the public eye and that she needed timeout to raise our family. It was a decision she reached on her own.”

“She only gave up fame ( not her dream), she is very successful in the corporate world and founded a successful business which she is passionate about, it’s called Blends and Blingz.”

However, he also noted that marriage between two public figures could also be successful, but his wife chose the family over fame, even before they got married.

If you were an avid AIT fan in the late 1990s and early 2000s, it is very likely that you must have seen Ms Adegbesan anchor the popular program ‘Lunch Break’ show.

She would eventually leave the show to follow her other pursuits. At that time, one of the interests she decided to pursue was building a family with RMD.

Over the years, Adegbesan has not only kept the home together but has achieved success in the business and corporate world since leaving AIT.

Their union is blessed with children.

However, before his marriage in 2000, RMD was married to the late Nigerian journalist/publisher, May Ellen-Ezekiel (MEE).