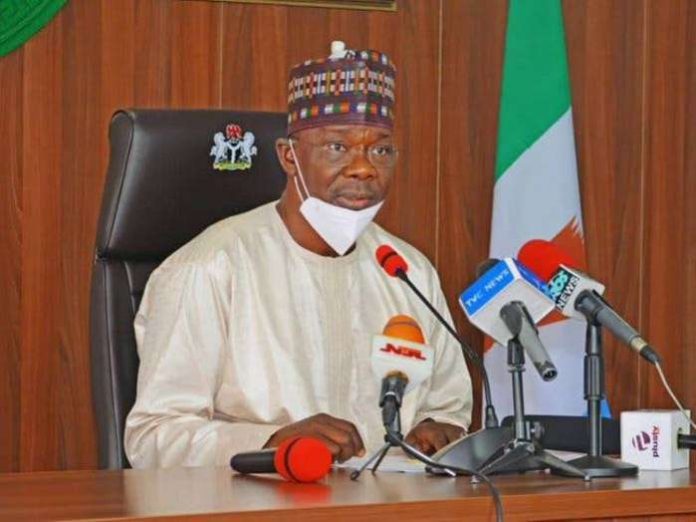 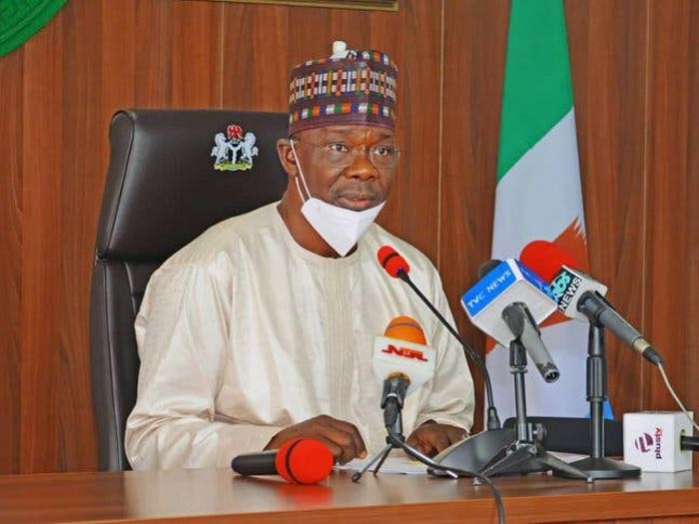 In his goodwill message during the reception in honour of the NYSC DG promoted to Major General recently in Abuja, the Nasarawa governor joked that if Shuaibu will retire before 2027, he should retire to Nasarawa State University in Keffi.

He further quipped that if he will retire after 2027, he should consider the possibility of taking up a political position.

I heard the Emir of Keffi telling you that they are waiting for you and I just hope they are not pushing you to come to Lafia to contest any political position.

Speaking further, Governor Sule commended the achievements of the NYSC DG, stating that he was particularly impressed with the entrepreneurship mentality he has brought into the scheme.

“The celebrant, a through ambassador, has so much qualities to talk about. Let me thank him for being a true ambassador of my state. I was at the event he launched books and heard General Yakubu Gowon spoke commendably about him.

“Every state I go, the governor will eloquently speak highly about how you have redefined the youth corps in his state. Little wonder you have been promoted to the position of Major General and by His Grace will be promoted to General before your retirement.

“Coming from the private sector, one of the achievements you recorded that caught my attention is your introduction of business into the scheme.

“Corps members can now round up the scheme with entrepreneurship mentality. They can start up on their own without queuing for or waiting for paid job employment. This is because they have already acquired the entrepreneurship skills.

“You can imagine my happiness over the Skill Acquisition Centre NYSC is building in Keffi, my State. I promise you that I will be there to commission that project when completed.

“At some point, people began to forget about NYSC because it was no longer looking as excited as it was. But you took over and redirected the ship by thinking outside the box and creating so many things. Today corps members are now proud to be called so without hiding their faces in shame.

“I thank you for that because it is the mark of leadership. I have no doubt in my mind that you will leave an enviable landmark when you leave. To make your achievements permanent, you have built a museum in the headquarters to document the past and present,” he noted.

Thanking those they came to honour him, the NYSC boss described himself as a product of divine grace, announcing that he never lobbied for promotion.

“I want to thank the Almighty Alla and President Muhammadu Buhari for this privilege to be appointed as DG NYSC to showcase my potentials.

“I also thank the Minister of Defence and the Chief of Army Staff for considering worthy to be promoted to the rank of Major General. All I have achieved today was as a result of prayers from people. I have never lobbied for promotion because they come as and when due and as a result of handwork and commitment.

“I thank the Governor of Nasarawa State for all his supports. I appeal to Nigerians to continue to support the NYSC to serve us better. I am also appealing to all relevant bodies to support the NYSC Trust Fund undergoing legislative procedures at the National Assembly.

“Passing it into law means reinventing the scheme again. Our corps members will be empowered with start up capital to start businesses instead of paid employment that are not available anywhere,” he said.