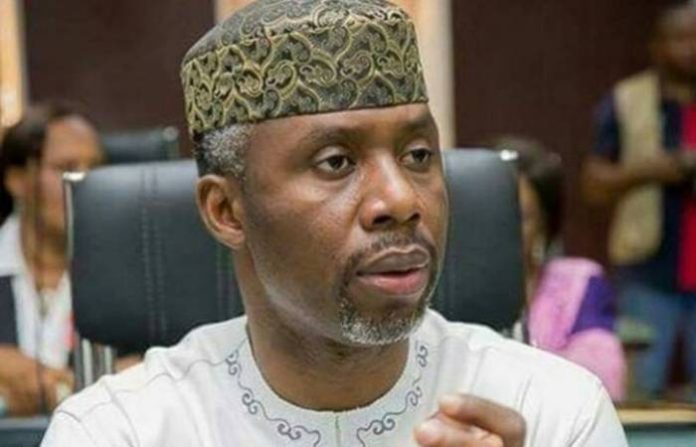 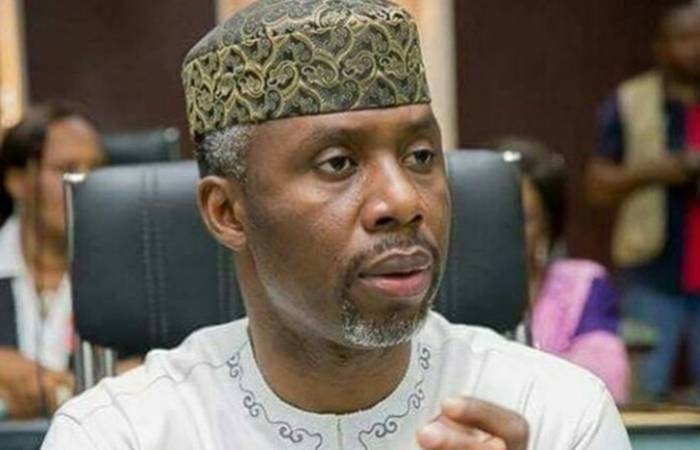 The former governorship candidate of the Action Alliance (AA) Chief Uche Nwosu has alleged that his arrest on Sunday at St Peter’s Anglican Church, Eziama Obaire in Nkwere Local Government Area of Imo State, during the outing service of his late mother, Jemimah Nwosu, was intended to kill him.

Addressing newsmen on Tuesday, Nwosu said however that it took the divine intervention of God and the professionalism of the Inspector General of Police (IGP) Usman Alkali Baba to save his life.

Nwosu who is the son-in-law to the former governor of the State, Rochas Okorocha has also accused the state government of being behind his arrest and subsequent whisk away to Abuja.

He claimed that the IGP was unaware of his being bundled to Abuja by the security operatives even as he maintained that no invitation was extended to him prior to the arrest.

‘I want to thank the Inspector General of Police for showing professionalism, he was never sentimental, I commend him for that.

‘I want to thank God because I don’t think their intention was to arrest me but to eliminate me because if their intention was to arrest me, I know the normal police procedure, it would be to bring me to the police command and put up a report that I’ve been arrested and then take me to Abuja, it is not the duty of police attached to the governor to arrest but that of the commissioner of police in the state.

‘Mine was a calculated attempt to eliminate me, but I thank God He spared my life. I want to thank the media, I don’t think it was their intention to fly me to Abuja with the private jet that came to Enugu because it came one hour after we arrived, their intention was never to take me to Abuja because there was never an invitation, they said they send me invitation 3 times and I refused to come.

‘I’m a law-abiding citizen, all my life as chief of staff to the Government House, I have never been involved in criminality, I have never sponsored any criminal. So when they said I was selling guns to militants I was surprised, as a former commissioner for lands, deputy chief of staff, to be dragged on the floor and treated like a common criminal.

‘When we got to Abuja, they took me straight to the Tactical Squad Office where the IGP intervened. I was interviewed. From what I observed, the IGP was not properly briefed. All this drama was the Government House, all the security people I saw were those attached to the Governor of Imo State. They came with a military truck that was part of the governor’s convoy, they came with a Ford jeep that was also part of his convoy.

‘My pictures they took was sent to social media. Who authorised them to send the pictures? The IGP, a professional policeman that handled this matter, did not authorise them to send my pictures to social media. so I’m pleading with the IGP to find out who sent out my picture to social media, to find out who paid for the private jet that came to pick me at the Enugu airport and to find out these men who did not respect God and have to desecrate the altar of God and shot; its a sacrilege in the house of God. I appeal to the IGP not to let this incident stop here. He should investigate further.

‘When I got to the police tactical office, I was told the same man whose video was viral said I was giving them money to buy arms, and I asked them was that why you people should humiliate me, you should have invited me to know if it’s true or not. I’ve not even touched a trigger let alone supplying arms. I’ve been a law-abiding citizen. These things were all cooked up in Government House to malign my image and humiliate me. I’ve not come out of the trauma why I should be humiliated in such a manner inside the church in front of all the visitors I invited.’

When contacted, the state Commissioner for Information and Strategy, Declan Emelumba, denied government involvement in the arrest as alleged by Nwosu.