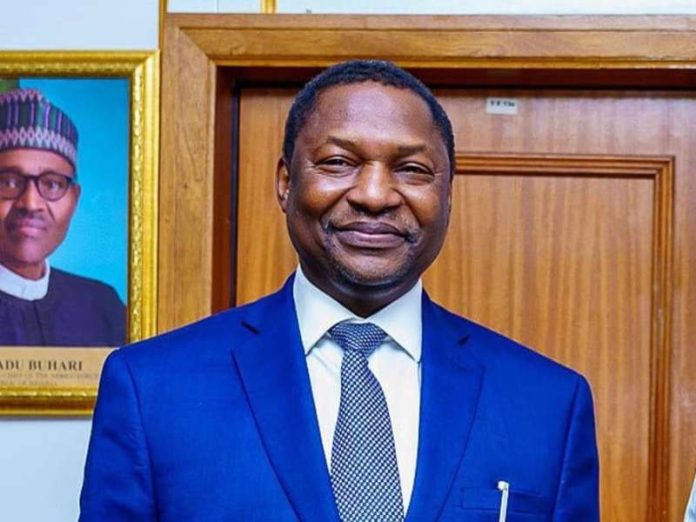 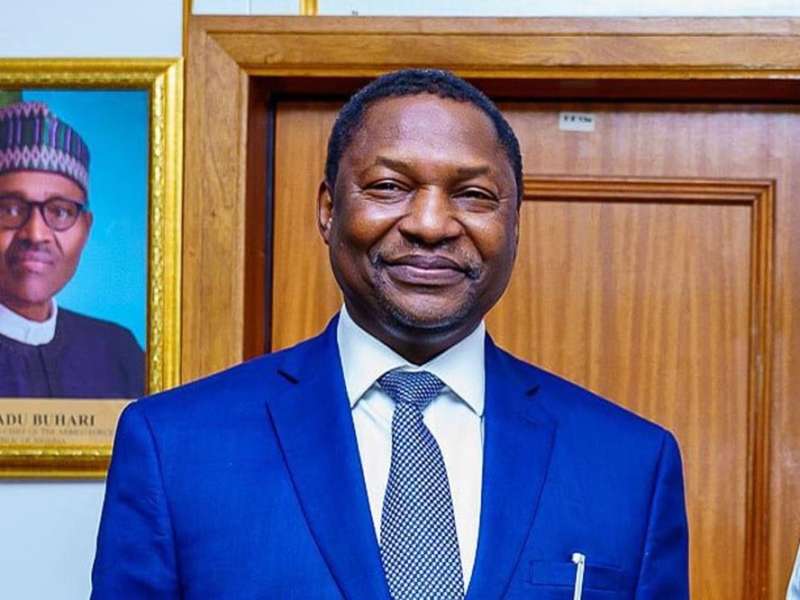 The Minister of Justice and Attorney General of the Federation, Malam Abubakar Malami, says the amended electoral bill is supportive of insecurity and discriminatory for President Muhammadu Buhari to sign into law.

The minister, who made this position known in a phone-in programme on Radio Kano, monitored in Abuja, also maintained that the electoral bill had excessive cost implications, and hence would not be signed by the president.

According to him, the new electoral bill has not captured the interest of all Nigerians, adding that signing it into law by the president will further create more crises in the political space.

He said: “What you should understand about the leadership of the country most especially as it regards President Muhammadu Buhari on any law presented to him for signing, the president is entitled to certain rights.

”if you are talking about security, there is also what is expected from him. The president has to consider laws that are sustainable.

“The job of the president is that of politics, economy, business, security, legislation, politicians and non-politicians.

”This is because the leadership of the country is not for the politicians alone, it is a leadership that affects the social life of the people, their religion, economy, security and others.

”This is contrary to the leadership of the legislators which is solely political.”

He said any bill signed into law by the president must be in the interest of all Nigerians irrespective of their inclinations.

”He is after satisfying the interest of the over 200 million Nigerians he is serving and not a particular sector,” he added.

On the financial burden in the new electoral bill rejected by the president, Malami said:

”Today INEC requires N305 billion for the 2022 general elections. Now if the general election, which is not the newly proposed electoral system, will cost this much, how much will it cost to do the same election in the APC? It might cost at least N200 billion because it will involve everyone.

”Although the good side of the law is that INEC is required to monitor it.

“Therefore if it is assumed that every political party will spend N200 billion, how much will then be spent in conducting the same primary election in 18 political parties just to produce a qualified candidate?

”Let’s assume there are about 60 million politicians in the country, what about the remaining over 160 million Nigerians who have nothing to do with politics? Are you fair to them?

”All the people want are good projects, the good road from Abuja to Kano, portable drinking water, good education, school feeding programme and the rest of them.

“Are you fair to the 160 million Nigerians using their wealth just to conduct a primary election to produce a party candidate, despite other demands by the public?

“My answer to this is that to spend this N305 billion that will be given to the INEC and the about N200 billion to be given to the political parties is not fair to the remaining 160 million Nigerians who have no business about politics and political appointments.

”Their business is just a better life in Nigeria. This is the issue of cost implications.”

The minister also spoke on the untiring efforts of the Buhari administration to safeguard and rescue the nation’s economy from the collapse in 2015, saying the president rescued the situations via the implementation of transformative policies and programmes.

He recalled that State Governments were also rescued through the provision of numerous bailout funds by the Buhari administration.

He also saluted the president for his efforts towards ensuring peace and stability across all troubled states in the country.

Fayemi said: “Well, it’s customary, I mean, as Chairman of the Nigerian Governors to always exchange notes with Mr President from time to time, especially in the Yuletide season like this, I always find time to come and say hello to Mr President.

“But yes, there will always be issues to discuss between the sub-nationals, and the President of the Federal Republic, to commend him for his efforts in trying to stem the tide of insecurity in our country, and to also deal with the economic challenges that we are confronted with.”

However, the minister maintained that Buhari did not stop at assisting the state governments but also introduced programmes such as N-power and COVID-19 interventions that provided employment opportunities to many Nigerians.

He also narrated the various efforts of the administration towards addressing the nation’s security challenges.

“Before Buhari came, there were so many challenges in the security sector, but now, we have succeeded in preventing the attacks. It’s been long that I heard about the attack in markets, worship places and so on,” he added.