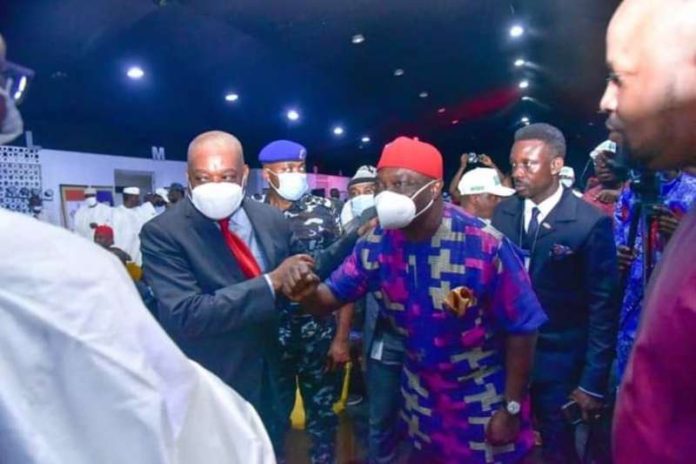 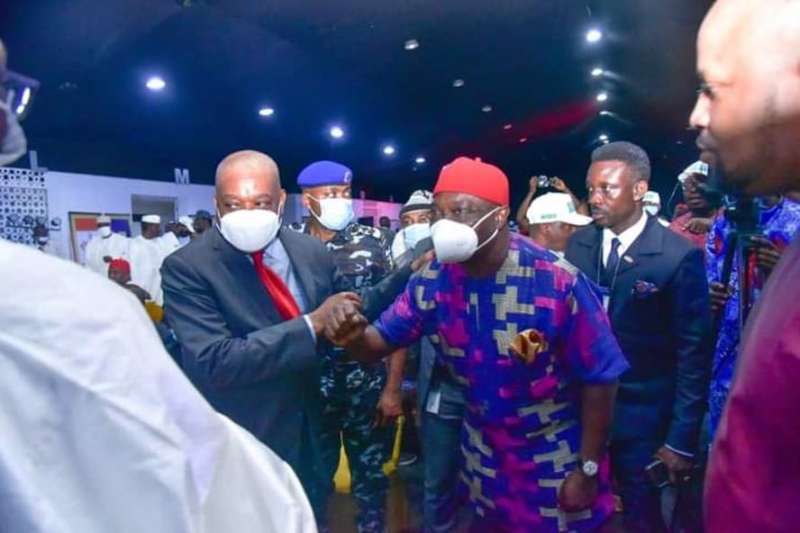 Governor Okezie Ikpeazu of Abia State has said that the problem of epileptic power supply in Aba and its environs will soon be over.

The Governor was speaking after receiving the award of the Governor of the Year, SME Development 2021 by the New Telegraph Newspaper in Lagos on Friday.

This was disclosed in a release made available to newsmen in Umuahia, the state capital on Saturday by Newsman Ubani, the Senior Special Assistant to the Governor on Media and Publicity.

Governor Ikpeazu, who identified power, marketing, automation and market share as the four challenges confronting the SME sub-sector as of 2015 when he was sworn in, observed that he has been able to touch virtually all of them.

Explaining further, the State Chief Executive, said that with the signing of a USD50M facility between Geometric Power Ltd and Afrexim Bank in South Africa a few days ago, “Aba will be the first business enclave in Nigeria not only to have an uninterrupted power supply but also uninterruptible power.

He named other exploits of his administration in the SME sub-sector to include the establishment of SME Bank and the recent commissioning of the Enyimba Automated Shoe Company – ENASCO.

Ikpeazu noted that he was inspired by the ‘hardworking and innovative youths in Abia,’ reaffirming his commitment to giving his total support for the development of the SME sub-sector.

“Aba, Abia State and the youth will place Nigeria on the platform in African continental free trade. If we don’t support them, then we have no business in that part; but because I know we will support them, Nigeria will eventually conquer Africa and the world,” Ikpeazu noted.

Presenting the award, Olakunle Gidado of the New Telegraph Newspaper, observed that the award is timely as the governor whom he described as ‘Mr. buy Made-in-Aba’, has been at the forefront of diversification of the economy.

Gidado informed that the award was to recognize the effort of the Governor in the development of the country through his giant strides in SME Development.

According to the release by Ubani, other notable Nigerians including the Senate President Dr Ahmed Lawan, Governor of Lagos State, Mr Babajide Sanwo-olu, Governor of Borno State, Prof Babagana Umara Zulum, Governor of Ekiti State, Dr Kayode Fayemi, Governor of Benue State, Dr Samuel Ortom, to mention but a few, were also given an award at the event which was witnessed by prominent personalities in Nigeria.