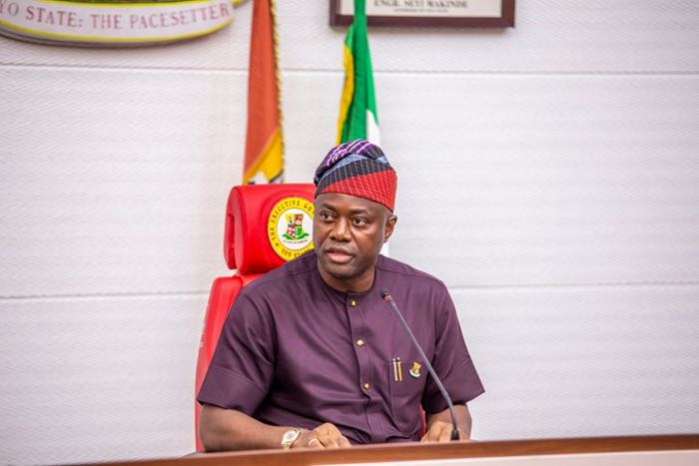 The governor of Oyo, Seyi Makinde, says some high-profile criminal suspects were being detained at the Abolongo medium custodial centre in the state.

The centre in Oyo town was attacked on Friday night by gunmen who killed some security operatives and freed over 500 inmates.

Speaking on Sunday when he visited the correctional centre alongside Rauf Aregbesola, minister of interior, the governor said there is an ongoing investigation on the incident.

Makinde, however, did not reveal the identity of the suspects, neither did he say if they were among the escaped inmates.

Rumours have been making the rounds that Sunday Shodipe, a suspected serial killer, and Iskilu Wakili, a Fulani warlord in the Ibarapa area of the state, were being held in the centre.

“About the high-profile suspects here, people are very quick to start talking about conspiracy theories. What I can say is that the investigation is still on. Yes, there were high profile criminals that were held in this facility,” Makinde said.

“Again, I will appeal that our people should be calm. We have challenges around the country – banditry, insurgency and terrorism. And we can only deal with those issues when we have the people in alignment with what the leadership is trying to do.”

Aregbesola announced during the visit that out of the 907 inmates that escaped, 446 have been recaptured while 392 are still at large.

Gambian president: We’ll have new constitution before end of my term

Focus On What’s Really Important And Leave Me Alone – Ini...