Revealed! Over 14,000 Beneficiaries Of Government Employment Scheme, N-power Are Being Owed For 5 Months 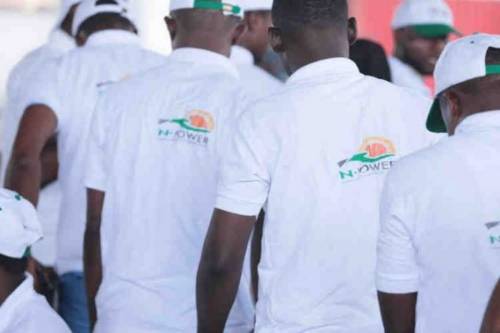 It has been revealed that over 14,000 beneficiaries of the Nigerian government’s N-Power programme are being owed for five months, SaharaReporters has learnt.

N-Power is a youth empowerment scheme sponsored by the Nigerian Government under the Social Investment Program (SIP).

Other programmes under the scheme include Home Grown School Feeding, Tradermoni, Marketmoni and the Conditional Cash Transfer in the 36 states of the country.

SaharaReporters gathered that since the social investment programme of the Nigerian Government was moved to the Ministry of Humanitarian Affairs and Disaster Management, the minister, Sadiya Farouq, had been making attempts to stop some of the programmes under the scheme.

Aside from announcing that beneficiaries would be laid off, she has also refused to release funds for the school feeding programme in some states.

Some of the beneficiaries who spoke to SaharaReporters said they could no longer meet their needs.

They asked the government to reconsider their plight as Nigerian citizens and law-abiding youths who are energetic and hard-working towards national development having contributed dedicatively to the education sector.

“The minister claimed she has paid us, but till now, none of us has yet to see a kobo. We are really suffering,” a beneficiary told SaharaReporters.