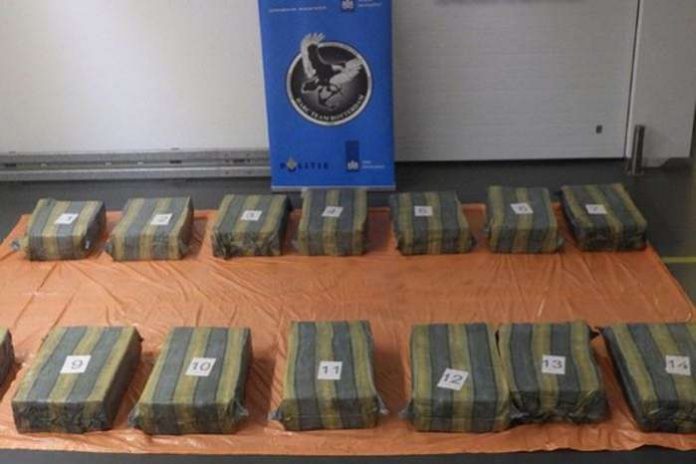 Polish police on Friday announced the seizing of 160 kilograms (350 pounds) of cocaine hidden inside several shipments of bananas delivered to a branch of the French retail chain, Carrefour.

Carrefour Polska said its employees had found “suspicious packages in a fresh delivery of bananas” on Thursday in central Warsaw.

“They immediately notified the police, who quickly secured the consignment and launched an investigation, which is currently ongoing. Our chain is fully cooperating with investigators,” Carrefour Polska was quoted as saying by Poland’s PAP news agency.

Police, who valued the seizure at more than 6.7 million euros ($8.2 million), did not say where the shipment had come from.

Police spokesman Sylwester Marczak told PAP that the drugs had been seized “at several points” in Mazowieckie, the region including Warsaw, and the neighbouring region of Lodzkie.

In November 2018, workers at a Polish Stokrotka supermarket chain had discovered some plastic-wrapped bricks of cocaine worth US$21 million, while unpacking shipments of bananas from Ecuador.