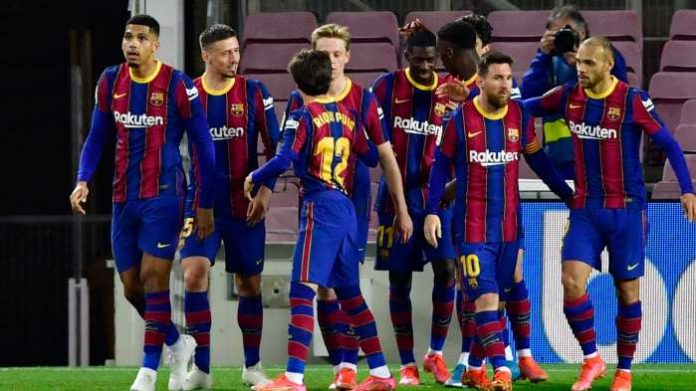 Barcelona have brought in signings before moving deadwood out with as many as four forwards set to be offloaded.

Sergio Aguero, Eric Garcia and Emerson have already been brought in, with Memphis Depay and Gini Wijnaldum also planned.

Wijnaldum has joined Paris Saint-Germain, but the club are still hopeful of getting a deal over the line for Memphis despite strong interest from Juventus.

In Memphis’ case, he’ll be jostling with several other forwards for a starting place according to Diario Sport; Joan Laporta and sporting director Mateu Alemany have assembled a stable full of marksmen, it seems.

Of the aforementioned, however, it would seem that only Messi, Griezmann, Aguero and Ansu will be in the orbit of the first team next season.

Dembele, currently negotiating a new contract, could be on his way if talks don’t progress. Also going to be made available in the market are Braithwaite, Coutinho and Trincao.