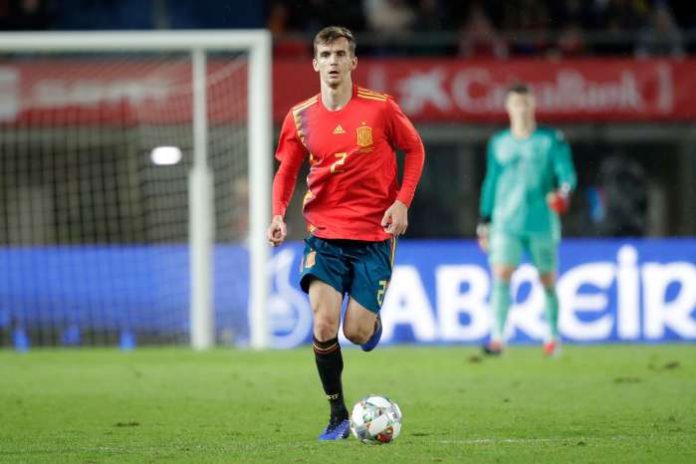 Spain defender Diego Llorente has tested negative for Covid-19 and could rejoin the squad if he delivers another two negative tests in the next 24 hours.

The Leeds United player was forced to self-isolate when he had a positive result on Tuesday, the second Spain player to test positive for coronavirus after Barcelona’s Sergio Busquets.

However, a further test has since tested negative which raises hopes his initial test was a false-positive, meaning he could return to training before the end of the week.

In a statement, the Spanish football federation (RFEF) said of Llorente: “The PCR tests carried out on Wednesday, June 9, had a negative result. The counter-analysis of the same test has since confirmed the result. So, in the case of the defender, there are serious indications that it [his first test] is a false positive.

“In this sense, in accordance with health protocols, the player will again undergo a PCR test today and tomorrow. If the negative result is confirmed, Diego Llorente will join national team training on Friday afternoon.”

Spain boss Luis Enrique says he will also wait for Busquets to recover from Covid-19 and not seek to call up a replacement for the tournament.

“He will be in the squad, for sure,” he told a news conference.

News of Llorente’s negative test is a timely boost for Spain after their preparations for Euro 2020 were thrown into chaos.

Though the rest of the players all tested negative, they have been kept in isolation since Busquets returned a positive test result, with six senior players and 11 from the U21 squad called up to train in a “parallel bubble”.

With Spain’s senior players in isolation, a team of U21 players beat Lithuania 4-0 in a friendly on Tuesday, with those players on standby to join the senior squad for the tournament should there be any more positive cases.

Llorente’s initial positive test raised fears of a substantial outbreak among the squad, with the two-time winners beginning their European Championship campaign against Sweden on Monday.

However, his subsequent negative result suggests that may not be the case and he could be available for their group opener after all.