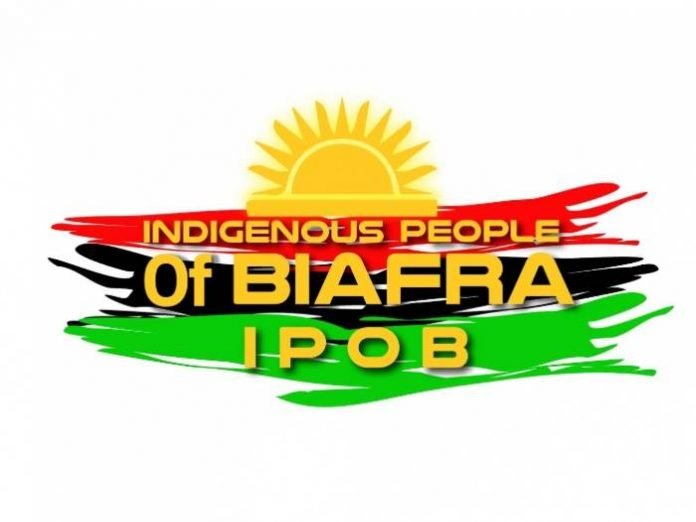 The Leader of the Indigenous People of Biafra (IPOB), in Australia has commended the people of Nigerians, (especially the Southeasterners) and its members across the globe for heeding to the sit-at-home order by the group’s world leader; Nnamdi Kanu.

This is even as the group is insisting that nothing will stop them from their struggles in achieving a Sovereign State of Biafra and leaving Nigeria which they said their forefathers were conscripted to be part of by the colonists.

The group in a statement made available to newsmen on Saturday by the Head of Membership and Mobilisation of IPOB in Australia, Kennedy Ochi, stated that the compliance of the sit-at-home by Igbos and non-Igbos is an indication that the people of the region and indeed Nigerians in other parts of the country were already tired and miffed with the President Muhammadu Buhari’s led government.

The group while condemning what it described as senseless killing of innocent Southeastern youths by security personnel in the country alleged that it was a ploy and systematic efforts by the federal government to wipe away youths of the zone and to pave way for the eventual imposition of long awaited ‘Caliphate’ on the people of Southeast, which the group said that IPOB would continue to resist.

“A systematic genocide was meted out against the Igbos and till date, not even the Hague (The International Court of Justice) has deemed it fit to investigate what happened and why we are still agitating and crying for a sovereignty state of Biafra.

“It is our wish to sound a warning to the Nigerian state government that it will never be business as usual. We are awake and ready to confront anything. The needful must be done and we must go back to the drawing board.”