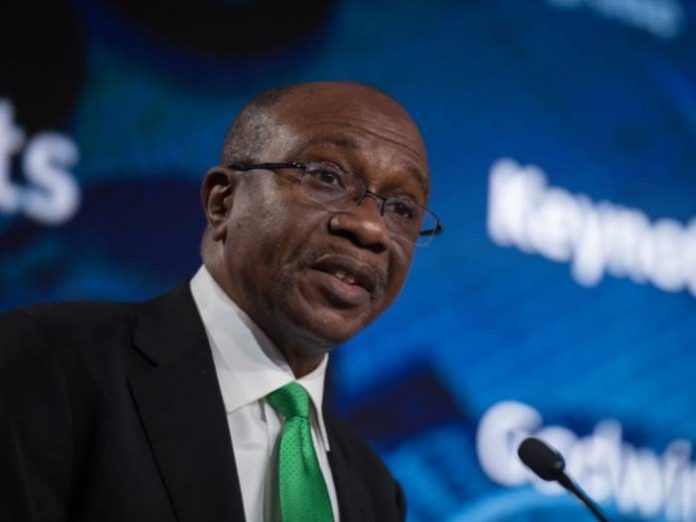 This is just as the President of the Dangote Group, Alhaji Aliko Dangote revealed that urea fertiliser from the Dangote Fertiliser Plant would hit the market on Monday.

They disclosed this during a tour of the Dangote Refinery and Petrochemical Plant in Lagos, alongside chief executive officers of First Bank Nigeria Limited, Access Bank Plc, Guaranty Trust Bank Plc, United Bank for Africa and Zenith Bank Plc.

Responding to question on the amount of foreign exchange the petroleum refinery and fertiliser plants were expected to save the country, Emefiele pointed out that importation of petroleum products alone makes about 25 per cent of the country’s import bill.

This, he said was for petroleum alone, adding that when fertiliser, which is another major item being imported in the country, wheat, milk and the rest were added, it would be much more.

“So, 25 per cent of the value of our imports means that a lot of money is being spent on importation.

“Imagine if this refinery comes to life hopefully by the first quarter of next year, where we have other by-products from petrochemicals, we will be saving about $3 billion worth of import annually,” Emefiele added.

The CBN Governor who was visibly excited about the level of work at the facility which is expected to commence refining petroleum products before the first quarter of 2022, noted that it would contribute significantly to the growth of Nigeria’s Gross Domestic Product (GDP).

“That is the science behind what we are doing. Reduce import and produce things that we can produce locally and consume them locally, thereby promoting solid import substitution as Mr. President usually says, that will help this country and grow the economy,” he added.

Emefiele said the purpose of the visit was for the bank CEOs to conduct final inspection of the fertiliser plant as the company prepares to commence sale of the product.
According to him, “Dangote is ready to now flood the Nigerian market with fertiliser, in this case, urea, and the excess would go for export.

“The fertiliser plant whose product is now ready for sale, is a three million tones urea plant. By the time we add the existing capacity from Indorama, which is 1.5 million metric tones; Notore of maybe about 300 metric tons, in Nigeria we would have close to five million metric tons of urea.

“This for me is a story no one would have believed in Nigeria. We also saw the petrochemical and refinery plant. Dangote has also committed that mechanical commissioning would end by the end of this year and we are expecting that the refinery and petrochemical would kick-off by the end of first quarter of next.”

Furthermore, he revealed that the federal government and the CBN had been encouraging the company to see that they commence the production of petroleum products before the first quarter of 2022, “because we badly need this plant to start.”

Emefiele while responding to a question on his seventh anniversary as CBN Governor, which was yesterday, said: “I feel happy that one of those projects we have nurtured together with the bankers; the $17 billion project where the foreign and local banks contributed close to $10 billion while the Dangote industries contributed the rest as equity is becoming a reality.

“For me today, it is a dream come true because a few years back, some foreign investors doubted it when I told them about.

I feel happy today that we saw urea produced and will hit the market in the next two days.

“We saw urea that will be exported and even from Dangote alone, we saw urea that will bring about $2 billion to our foreign reserves, increase dollar liquidity in the market and save the dollar CBN would have used to fund the economy. This is a very interesting day for me and I think this is the best way to serve my country.”

Also speaking, the President of the Dangote Group commended Emefiele and the bank CEOs for all the support towards realising the vision.

He said: “The urea that we actually went to see is a small percentage of the gas that we have been flaring in this country. It means that we alone, just this three million tons of urea, you are talking about bringing in over $1.2 billion into the country.

“So if that is the case you can imagine if Nigeria is to be importing urea, the port charges, the congestion in Apapa and Tin Can Island. It means that farmers, it wouldn’t even be possible for them to plant because to transport urea is not a joke.

And I think we must really thank you Mr. Governor and the bankers for making this possible.”

Dangote revealed that his company’s urea has gotten all the licenses from the National Security Adviser, Ministry of Agriculture, Standards Organisation of Nigeria, NAFDAC and other relevant agencies.

“And so our urea will be in the market from Monday and by the end of the month we will start bringing in dollars from the first line that we have commissioned. Mr. Governor I must thank you for all the support. I know you are not doing it only for us, you are doing it for the country. And I must encourage you to continue to do so,” he said.

When asked about the recent disclosure by the Nigerian National Petroleum Corporation (NNPC) of its intention to acquire 20 per cent stake in the refinery, Dangote said: “Not only NNPC that have shown interest, there are other major oil traders that we are talking to. As soon as we complete talking to them we will make it open. It will be very transparent. ‘The major thing is that our partnership with NNPC will help to address the issues of shortages, the issues of paying demurrage and the issues of all these ships hanging around which will now leave and go and find business elsewhere.”

To the CEO, Access Bank Plc, Herbert Wigwe, the fact that Nigerian banks could come together to support a Nigerian to create a word-class manufacturing plant in the country remains a major pride for every banker in the country.