What is the endgame in Nigeria’s South-East? 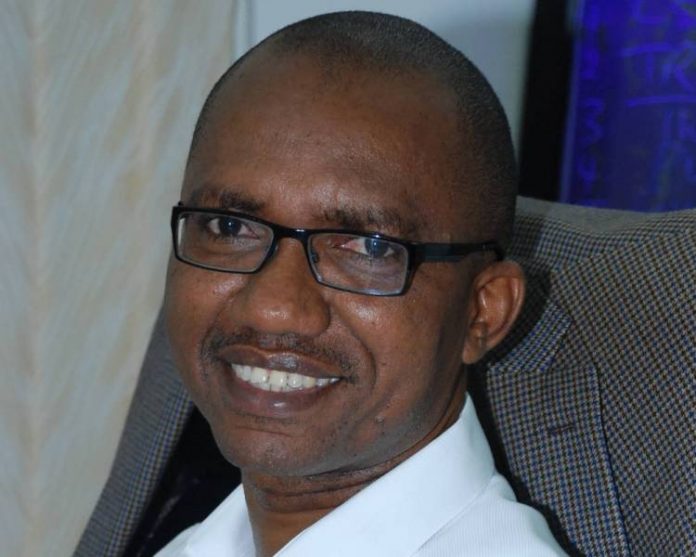 Nigeria has been struggling with insecurity for over a decade. Against reasonable expectations six years ago when President Muhammadu Buhari was voted in, things have worsened.

Compared with a number of other hotspots around the world in December 2020, however, Nigeria was not even among the three riskiest places.

According to global medical and security specialists, International SOS, Libya, Syria and Afghanistan were the deadliest places to be. The group also projected that these places would retain the record by the end of 2021.

It seemed so. In April, for example, the United Nations reported that in the first quarter of the year in Afghanistan extremist attacks caused close to 1,800 casualties including 573 deaths, a 29 percent increase compared with the same period last year.

Syria, Libya and Yemen, too, are also haunted by a legacy of sectarian violence that appears to have exhausted the world’s care and attention.

But the picture in Nigeria has changed dramatically in six months. Nigeria, with nearly four times the populations of Syria, Libya and Yemen combined, appears to have joined the race to the bottom. Events since January could force a reassessment of the global insecurity map, with Africa’s most populous country firmly in contention for the bloodiest title.

The Council on Foreign Relations reported that in the last five months of this year, 3,915 persons have been killed in violent attacks across Nigeria mostly in herder-farmer clashes and what, quite frankly, now appears to be killing for sport. The Northern states of Kaduna, Katsina, Kebbi, Niger, Borno, Yobe, Zamfara and Benue have recorded staggering casualties.

No part of the country has been spared. While a common thread of insecurity runs through, each of the three main regions appears to have its own peculiar franchise: banditry, farmer-herder clashes and kidnapping for ransom in the North; kidnapping and deadly herder-farmer clashes in the South West; and in the South East, random killings and systematic attacks on police stations, personnel and state institutions, including courts and electoral commission offices.

The situation in the South East, also the hotbed of resurgent separatist agitations in the last few years, has deteriorated so sharply that the five states in the region, home to Nigeria’s third largest ethnic nationality, have virtually become a war zone.

Only this week, a former presidential adviser and Northern politician, Ahmed Gulak, who was visiting the East, was murdered in daylight, raising ethnic tensions. The murder has also lengthened the list of unresolved violent murders in a region where at least 127 police and security personnel have been killed this year and extra-judicial killings of innocent civilians have become rampant.

Two states, Imo and Anambra (the most populous states in the region), have witnessed the most brazen and extraordinary assaults by “unknown gunmen”, the latest official description for violent criminals who have overwhelmed the security forces. The dangerous anti-North rhetoric by the Indigenous People of Biafra (IPOB) has inflamed passions and inspired the brutal murders of innocent residents from the North.

Yet, even indigenes have not been spared. One widely circulated and verified video last week showed gunmen in Enugu State dragging a man out of his car in daylight at a road junction in the city centre. They gunned him down with automatic weapons and then casually drove off.

The man whose life was so casually and bestially taken, was a retired judge of the Enugu High Court, Justice Stanley Nnaji. The “unknown gunmen” are still at large and still unknown.

A cross-section of the elite in the region has blamed the rising violence on three major factors: a) the ascendancy of illegitimate politicians installed by hook and crook b) the tone-deafness of Buhari’s administration and his politics of spite and, c) the irresponsible conduct of leaders from the region, who have mismanaged the resourcefulness and energy of the teeming youths.

It’s difficult to say which factor has been the most telling. When the leadership of the political parties, especially the ruling All Progressives Congress (APC), was selling party positions to the highest bidders before the last general elections, most sensible people feared there would be consequences but didn’t know when or how.

The cohorts bought party tickets and wherever they could not buy votes during the election, bullied or suborned their way to office. Now the fruit of their corrupt harvest is keeping the region’s teeth on edge. Also, the boys used as electoral fodder by politicians have not only become men; they have become monsters.

Buhari’s tone-deafness and insensitivity have not helped matters. He has mismanaged the country’s ethnic diversity so badly that however loudly other nationalities may complain, none has been treated as shabbily, unfairly and disdainfully as the Igbo.

It’s been argued in some quarters that the Igbo have no reason to complain because Nigeria gave them extraordinary opportunities before the civil war. That’s nonsense. The Igbo earned what they got before the war on merit and bona fides. After the war, they fought to re-establish themselves by the straps of their own shoes. They are not asking for quota or preferential treatment, but justice and equity.

Yet, whether it’s a minor communal clash, some misguided youths waving the Biafra flag or Nnamdi Kanu sharing his mad fantasy about the so-called Buhari double from Sudan, this government’s response has been fairly standard: it deploys a venom of force and language that suggests that whatever his claim to the contrary, Buhari still holds the Igbo in scorn and suspicion 51 years after the civil war.

Of course, the President insists that he has nothing against Igbos and invokes his government’s infrastructure record as witness. Yet what he does by soft power – like passing over the Igbo man who is the next most qualified general after the death of the former army chief or his recent tweet which evokes unpleasant memories of the civil war – makes it difficult to believe him.

To make matters worse, Buhari does not seem to make a distinction between extremists and their sympathisers on the one hand, and on the other, South Easterners genuinely alarmed and repulsed by the mayhem being unleashed on the region.

The region’s elite have not helped matters. They have preyed on the youth with their politics of opportunism and mismanaged the legacy of enterprise and industry inherited from their past. They have squandered state resources on a scale that defies belief. Perhaps the icon of this madness was former Governor Rochas Okorocha of Imo State, who built a statue to every known god of profligacy.

Nnamdi Kanu has only cynically exploited the catastrophic gaps in the failure of leadership at the national and state levels.

What is the endgame? It depends. For Buhari’s government, it’s obviously to crush and bury opposition and whip the remnant in line. But that would only produce the peace of the graveyard.

For the elite, the endgame is to exploit the violence in the South East to secure a place in the next election cycle. Politicians, being politicians, crisis is the currency of relevance. And they won’t waste this one. The problem is that they can’t be too sure that the flame from the current blaze won’t catch the hem of their pants before they have had time to escape the crime scene.

And IPOB? It’s actually sold on the delusion that the South East can secede with Nnamdi Kanu as president-in-waiting. For the last four years or so, IPOB has been working closely with a fairly well-funded separatist movement in the North West and South West regions of Cameroon which has the ambition of a breakaway Ambazonia.

That’s a clear and present danger, but it would take more than one live-streamed fantasy to secure a separatist homeland. Catalonia is an example of how long it could take; and South Sudan, a nearby example of how to be careful what you wish for.

The current strategy that treats the South East as hostile territory, deploying gross, indiscriminate and heavy-handed force would only lead to further alienation in the region. Nnamdi Kanu’s goal may be to secure a territory, but he won’t get one, because Biafra is not a tangible space – it’s an idea, a heartfelt cry for justice, equity and fairness.

That, quite frankly, should be the endgame.

Azu Ishiekwene is the Editor-In-Chief of LEADERSHIP.