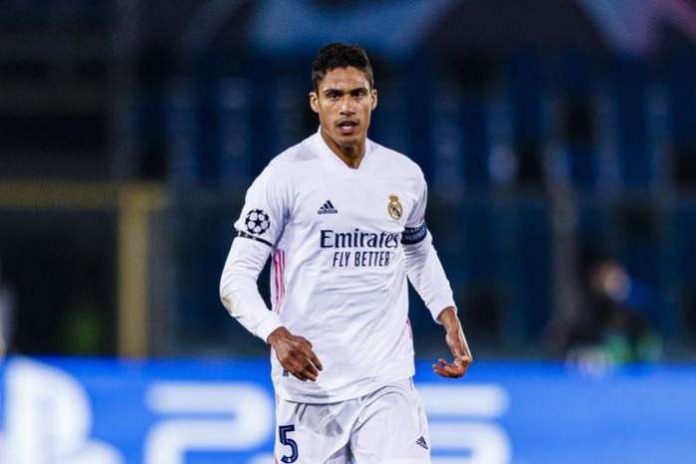 Talks between the Frenchman and the Spanish club have reached an impasse, with los Merengues reportedly keen to raise funds for an assault on Kylian Mbappe and the World Cup winner keen to gain experience in a different country.

According to The Express, ‘The Frenchman currently earns about £5 million a season at Los Blancos but United are ready to double that if they can complete the signing of him.

‘Real are ready to sell Varane for £60m if he snubs a new contract offer.’

United, however, are unlikely to pay full market value for a player who will be out of contract in a year’s time. Previous reports claim the Red Devils’ offer will be in the region of £40 million, leaving the two sides poles apart.

The same gulf in valuations seems to be the case for Sevilla’s Jules Kounde. His release clause stands at €80 million (around £69m) and despite his recent comments about wanting to play for a bigger club, Sevilla are reported to be unwilling to bend on that price.

If both Varane and Kounde prove too rich for United’s blood, they do have potentially less expensive options on the shortlist, including Pau Torres and Nikola Milenkovic.

Villareal’s Torres was immense against the Reds in last Wednesday’s Europa League final and has a lower release clause of around £56 million, although numbers in the region of £40 million have been cited as potentially enough to secure his signature.

Napoli have also been linked with the 24-year-old, however, so there could be competition which could drive the price back up.

The final option (unless you believe the perennial Koulibaly rumours) is Milenkovic. He, too, is 12 months away from leaving on a free contract and according to Sport Witness, ‘it’s believed [Fiorentina] want €30-35m [£26-£30m] to sell him 12 months ahead of his contract expiring.’

In terms of asking price compared to market value, Kounde looks to be the worst option for United. Torres in that sense is the best.

Another advantage that Torres has over the rest is that he is left-footed, which is an attribute that Solskjaer ranks highly on his tick list.

On the other hand, some analysts have argued that Torres is too similar in style to Maguire and Lindelof and that a more aggressive and pacy defender such as Milenkovic would provide better contrast.

There is also the argument that Varane is a proven elite athlete who has won everything and is the Rolls Royce option. As such, he may remain first choice.