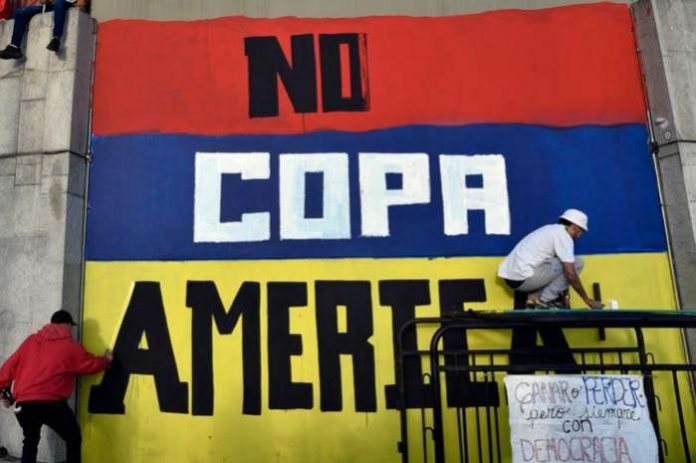 Argentina has been officially asked to host the whole of this year’s Copa America and is working on the possibility of replacing Colombia as co-host, a top Argentine government official said on Wednesday.

The tournament was due to be held in both nations between 13 June and 10 July but the South American Football Confederation (CONMEBOL) last week removed Colombia as co-host because of ongoing civil unrest there.

“There is an offer to hold the complete (tournament) in Argentina, but first we have to resolve the part we’ve already committed to,” Santiago Cafiero, the cabinet chief in Argentina’s government, told Radio La Red.

“The debate and the task that we have now is to discuss the venues,” he added. “We have nothing against it from a health point of view but we do have to take all precautions. That’s what we are working on.”

The move comes in spite of a surge in Covid-19 cases in Argentina over the last two weeks.

The death toll in Argentina is 74 480, according to the World Health Organization, and the country has been under a strict lockdown since Saturday, with all sport, religious and social gatherings banned and non-essential businesses closed.

Neighbouring Uruguay is also experiencing a surge while Brazil has seen 450 000 deaths from the virus, more than any country except the United States.

CONMEBOL is still determined, however, that the Copa America, the oldest international tournament in the world, must take place.

Thirteen games were due to be held in Argentina, including the opening match between Argentina and Chile at the Monumental stadium in Buenos Aires. Another 15 had been planned for Colombia.