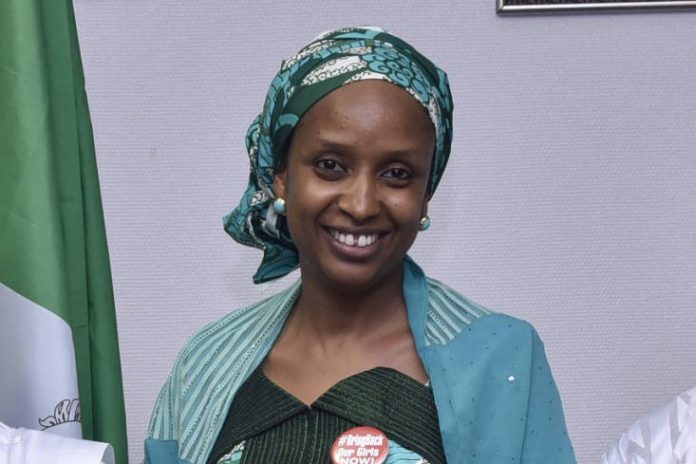 The suspended Managing Director of the Nigerian Ports Authority (NPA), Ms. Hadiza Bala-Usman, has refuted allegations that she resisted inquiries into the finances of NPA.

The former Senator representing Adamawa North and former board member of NPA, Binta Garba, had alleged that Bala-Usman influenced her removal as a board member of the NPA after she demanded financial transparency

But Bala-Usman, in a statement issued yesterday described Garba’s comments as “spurious and unproved allegations”.

“Apart from the fact that Senator Binta Garba really said nothing substantial, making only spurious, unproved allegations in the statement she issued on Sunday, she also gave herself away as coming to the board of the Nigerian Ports Authority (NPA) to lend herself to the agency of destabilisation rather than contribute to its development.

“As I say with all emphasis that her allegations of resistant to inquiries on the finances of the NPA are false, “I make bold to say that Authority has since 2016, openly exhibited its readiness to be held to public scrutiny by taking the following steps: ‘Signing of a Memorandum of Understanding with BUdgit Open Budget System Platform and Implementation of a Public Data Dissemination programme; “Publishing the tariff regime of the Authority on the website for the whole world to see in line with the vision of transparency and accountability.

“Conducting the statutory Audit of the backlog of Authority’s financial statements for 2013-2016 and presenting same for approval and submission to the appropriate quarters.

She said the NPA under her leadership engaged international renowned auditing firms for the audit of NPA’s financial statements up until 2019 with full compliance to all Nigerian laws and the International Financial Reporting Standards.

“The 2020 financial statement is currently being audited.

“There are a few questions to ask the Senator: When the Auditors presented the financial statement to the finance committee of which she was a member, did she seek clarifications on areas that seemed opaqued or suspicious? If she did what happened? If she was not satisfied with the answers provided by the Auditors, why did she not consider withholding assent to the statement? Why did she not formally document her discontent? Why did she not issue a minority opinion on the statement, instead of now speaking after the fact?

“All said and done, while I concede to Senator Binta Garba’s right to whatever opinion she desires concerning our relationship when she was a board member, I remind her that those who allow themselves to be used to malign innocent people have their own days of reckoning waiting for them.”