Liverpool boss: Diogo Jota injury not as bad as feared 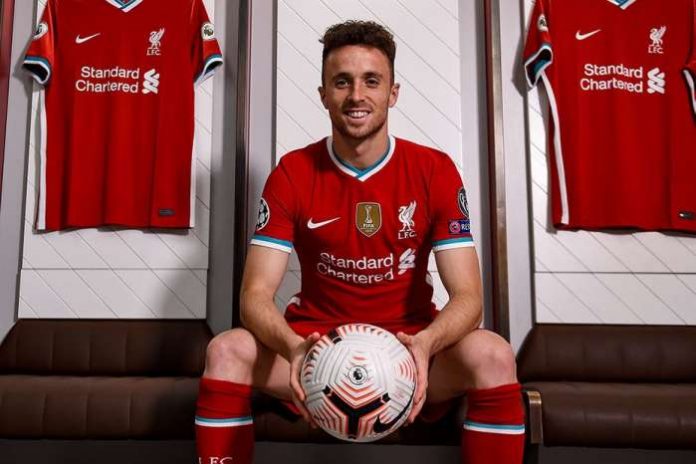 Liverpool forward Diogo Jota’s foot injury is not as bad as first feared and the striker has an outside chance of playing in the club’s final game of the season, manager Juergen Klopp said on Tuesday.

Jota was injured in Liverpool’s 4-2 win over Manchester United last week and Klopp had earlier said that the Portuguese, who has scored 13 goals in all competitions, would not play again this season.

That prognosis has brightened considerably after Jota underwent a second scan on his foot and there is now no danger of him missing the upcoming European Championship.

“For Diogo, the swelling went down and it looked better than the first scan, so it’s a tiny chance for the weekend. ” Klopp told a news conference ahead of Liverpool’s penultimate game of the season at Burnley on Wednesday.

“It’s good news for Portugal and Diogo for the Euros. We will see if it’s good enough for us.”

Midfielder Alex Oxlade-Chamberlain is fully fit after recovering from an illness, while James Milner is set to rejoin training having not played since April 24.

Liverpool are fifth, on 63 points, and their chances of qualifying for the Champions League were handed a massive boost by goalkeeper Alisson’s stoppage-time header that gave them a dramatic 2-1 victory over West Bromwich Albion on Sunday.

“I’ve never watched a goal back as much as this,” Klopp said. “But we’re not even close to our goal because we know how high the obstacles are in front of us.

“It would be massive (to finish in the top four). Much better than we thought a few weeks ago… But I don’t want to speak about (Champions League qualification).

“It’s very important. We can speak about what it means if we do it. We play Burnley next. I don’t like talk that we’ve made it already, it’s disrespectful. Sunday is a final for us if we get the result on Wednesday.”

Liverpool end their season at home to Crystal Palace on Sunday.