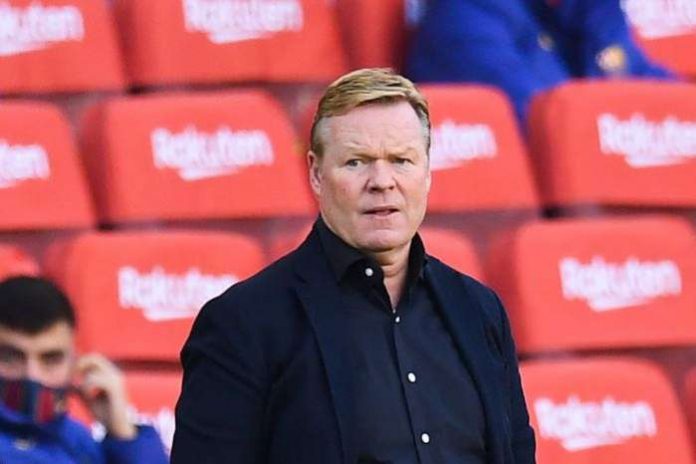 As the tension builds for Ronald Koeman and doubts continue to surround his continuity at Barcelona, the media turns their focus back on the Dutchman after much transfer speculation over the last couple of days.

The manager has found himself under immense scrutiny after a string of disappointing results all but sealed Barcelona’s exit from contention for the La Liga title this season. Ever since, the rumour mill has gone crazy, throwing out names regarding potential replacements.

In today’s edition of both SPORT and Mundo Deportivo, it is reported that Ronald Koeman feels as though he has been treated very unfairly in the past few weeks by Barcelona and those that surround the club.

The coach made it very clear that he wishes to continue to lead the team at the beginning of next season and honour the contract he has with the Catalans. He says: “I want to and can continue,” regarding all the speculation.

He also states that all the rumours and exit talks feel harsh. After coming to the club during an extremely tough time, he has done a more than acceptable job in making the team more competitive, however, the shortcomings are also obvious.

WIth Xavi already reportedly in contact with the club’s representatives regarding a potential change of scenery from Qatar, Koeman’s future may still be up in the air. There are still two games remaining in the season, as Barcelona take on Celta Vigo tonight.

The side will attempt to salvage whatever they can from the remainder of the season if not stay in contention for the league title. A spell that will definitely influence the decision about Koeman’s future as well.