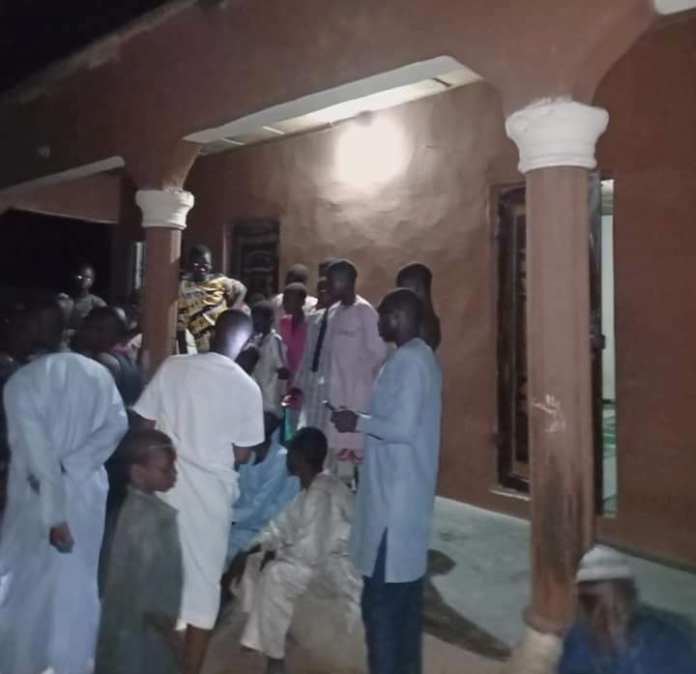 30 out of the 40 kidnapped victims have been rescued

Police officers in Katsina have rescued 30 persons abducted by bandits from a mosque in the state.

According to the police, 30 out of 40 persons were rescued after being abducted at a mosque in Jibiya Local Government Area of the state.

Recall that we had reported that the bandits attacked the mosque around 2am on Monday and took away 40 worshippers during midnight prayer.

Residents of the town told DAILY NIGERIAN that dozens of gunmen struck at the mosque around 2am on Monday and took away the worshippers.

The kidnappers initially picked 47 congregants, including women and children, but seven later returned.

Confirming the rescue of the abducted worshipers, the spokesperson of the state police command, Gambo Isa told BBC that the victims were rescued after their operatives and locals chased after the abductors.

Mr Isah added that an investigation after the rescue operation revealed that there were 10 other people still unaccounted for.

He said they could not determine whether the remains were in the hands of gunmen or had escaped.

Mr Isah said the rescued people had already returned to their families – no one had been shot or injured.

“No one is known to have been taken to hospital because he was injured,” Mr Isah added.

However, some locals told the BBC that the survivors were not rescued by police.