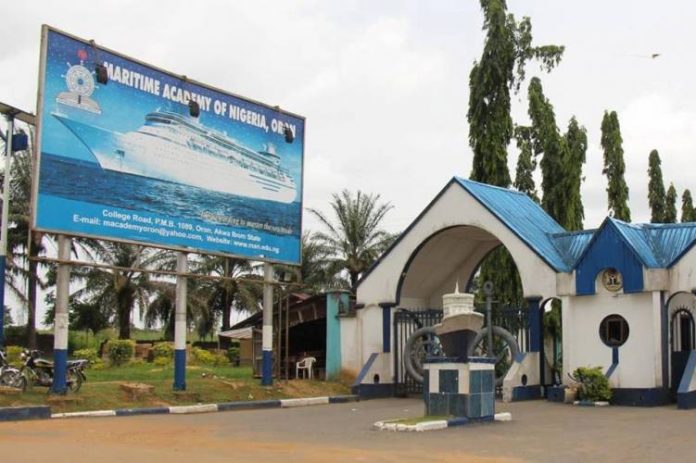 A whistleblower in the Maritime Academy of Nigeria (MAN), Oron in Akwa Ibom State, has petitioned the Economic and Financial Crimes Commission (EFCC) to investigate and prosecute the management of the institution over multiple fraud, as well as systemic and perennial corruption.

In a two-page petition to EFCC by Mr. Adamu Jibrin, a staffer of the Academy dated 6th April 2021 through his Attorney, Michael Edet and Associates, and made available to newsmen in Uyo titled, “Petition of Fraud, Embezzlement, Misappropriation and Criminal Conversion of Public Funds to Personal Use by the Rector of Maritime Academy of Nigeria, Oron,” the petitioner alleged that millions of naira have been siphoned from the treasury of the academy.

Copies of the petition to the EFCC Chairman, the Attorney-General of the Federation and Minister of Justice, Mr. Abubakar Malami, as well as Minister of Transportation, were sighted by newsmen.

In its 18 paragraphs, the petition said inter Alia: “…about a year after assumption of Commodore Duja Emmanuel Effedua (Rtd), as Rector of Maritime Academy of Nigeria, Oron, in 2018, there was a fraudulent scheme put in place by the office of the Rector, Bursar, Head of Procurement and Cashier to siphon public funds using me (Mr. Adamu Jibrin) and other willing staffers of the academy in the scheme.

“That the above dubious practice involved payment of monies into selected staff accounts and asking the said staff to retain a little fraction or small part of the sum, and thereafter asked to return the bulk sum to the Finance/Bursary Department through some select staff via cash, including Onnoyom Etebong (Cashier), Ezike Nkemdiri Anthony, Clement Ukoyonoh, Patrick Boco Archiving and Egwu Divine and several other staffers….

“That on October 23, 2018, the amount of N1,406,000.00 was paid into my account under the fraudulent scheme and on the same date I was made to withdraw the sum of N1,305,000.00 and give it to Mr. Onoyom Etebong, the Cashier for onward remittance to the Bursar, Acting Registrar, Rector and some other members of the cartel of the management team of the academy.”

The petitioner explained that money of various amounts were transmitted through his personal account they asked me to open at United Bank for Africa (UBA), Oron Branch, with No.: 2115867327 till September 2020, when he met with the Academy cashier, Mr. Onoyom Etebong, for financial assistance to pay the medical bills of his mother and the cashier referred him to other members of the syndicate.

According to him, “I protested to Mr Onoyom that after using my account to divert over N62m between 2018 and 2020 that it was unfair for management and the cartel not to assist him in time of needs.”

The petitioner called on the EFCC and the office of the Attorney-General and Minister of Justice to investigate, invite and prosecute the persons closely or remotely involved in the brazen and large-scale corruption and embezzlement of funds in the Academy, Oron from 2018 till date.