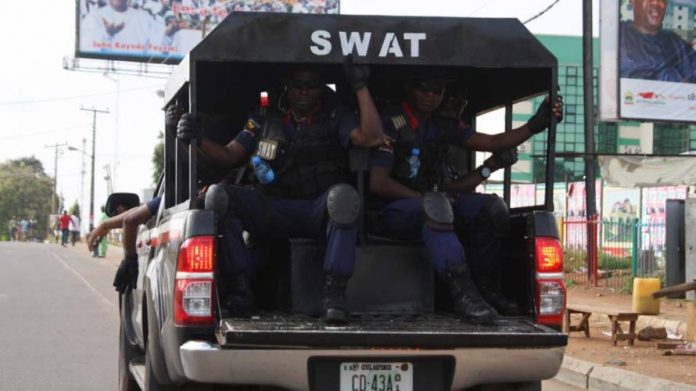 The Nigeria Security and Civil Defense Corps (NSCDC) says it has set up a five-man committee to investigate alleged N1 million extortion by its staff in Kebbi State.

The State Commandant of the corps, Alhaji Suleman Ibrahim, made this known at a news conference in Birnin Kebbi on Monday.

Ibrahim said, “I have read a report online that my officers have been alleged to have extorted money from a client.

”This has never been the tradition of the Nigerian Security and Civil Defense Corps in the state as one of our core values is serving with integrity, honesty and diligence.

“I am not a party to such an incident and I am not aware of it, and I doubt if any of my officers will do such an illegal and unlawful act.

”But still, we will take any allegation serious to its logical conclusion hence a five-man committee has been set up by the command to investigation the extortion.”

The commander vowed that anyone found to have been involved would be dealt with accordingly.

Earlier, an Automated Gas oil (AGO) distributor, Mr Jimoh Abdulmumin, told journalists that he sought the immediate intervention of the NSCDC Commandant-General over alleged extortion of money by officers of the command in the state.

Abdulmumin, also a staff of Chidi Global Oil and Gas, Abuja, alleged that some officers of the command arrested him and a truck driver when they were distributing product to customers in Jega town on April 19.

“A week ago, some operative of civil defence, led by one Yarima Magaji, arrested me and my truck loaded with AGO, which is pure and legitimate as the business is backed with relevant documents

“But they claim that the product is adulterated and the papers were fake.

“They kept me in their cell at their headquarters in Birnin Kebbi for three days. When they continued to threaten us with continued detentions, we started negotiating from N200,000.

”But Yarima insisted that he will not collect less than a million naira for us to be released, because the state commandant too will have a share from it.

“After pressure from him, my boss asked me to call one of our customers in Jega to come over to plead with him and Yarima refused to let us go.

He vowed that his commandant will be given the money,” he said.

The distributor noted that since the goods and truck were still lavishing at the Eid-ground in Birnin Kebbi, we decided to give them what they wanted so that our business would not suffer.

“I asked an attendant at the hotel where I lodged at Jega LGA to bring the money in cash for me because Yarima refused to accept transferred money.

“The boy brought the money in cash to him, he collected it and arrested the boy again. We had to pay N10,000 before he let the boy go.