UFC president: Kamaru Usman on his way to becoming greatest of all time 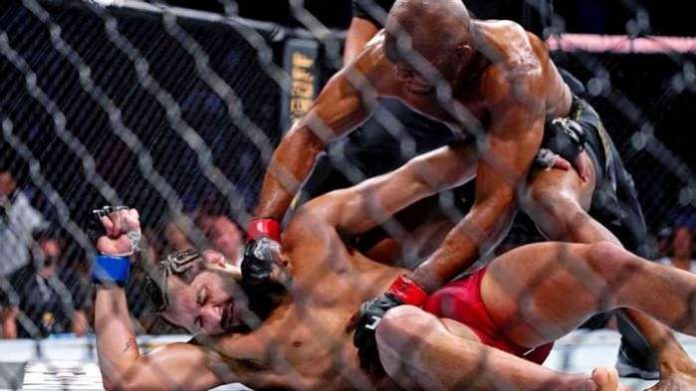 UFC president Dana White had high praise for Kamaru Usman following his second-round knockout of Jorge Masvidal at UFC 261, stating the ‘Nigerian Nightmare’ is on his way to becoming the greatest of all time.

Usman defended his welterweight title with a vicious knockout win against Masvidal in their rematch on Saturday night.

The 33-year-old has now extended his winning streak to 18, which includes two victories over Masvidal and solo wins against Covington (who he is expected to rematch next), Tyron Woodley, Gilbert Burns, Rafael dos Anjos, Demian Maia, and others.

And speaking at the post-fight news conference Saturday, White said:“I think we can all agree,” White told MMA Junkie. “No matter how you feel, the guy is getting booed in there tonight, (but) he’s one of the best ever. He’s on his way to probably being the greatest of all time. I mean, the guy is an absolute stud. He looks better every time he comes out.”

During his rise up the ranks, Usman was viewed by some as a boring fighter.

Even White, at times, was not impressed with the fashion Usman was winning some of his fights – especially his bout against Emil Meek, in which Usman claimed he only fought to 30 percent of his potential.

“These people talk about him being boring,” White said. “You’re an idiot. You’re an idiot if you think this guy is boring. He hasn’t been in a boring fight in a while. He changed after he gave that whole, ‘I only gave 30 percent tonight thing.’ He’s been a different human being ever since the (Rafael dos Anjos) fight.”