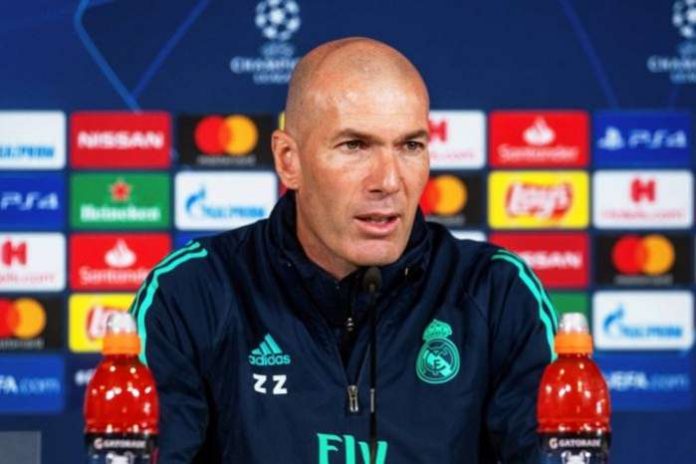 Zinedine Zidane says it would be “illogical and absurd” for Real Madrid to be kicked out of the Champions League as a result of their involvement in Super League proposals.

The Blancos, led by club president Florentino Perez, figured prominently in plans to form a breakaway competition that left the rest of European and world football up in arms.

A divisive project was eventually shelved within 48 hours of coming into existence, with the fallout still rumbling on as UEFA and domestic governing bodies mull over possible sanctions for those that threatened to disrupt the establishment.

When it was put to him that Real could be removed from European competition this season, where they are due to face Chelsea in the semi-finals, Zidane said: “We have the right to play in the Champions League.

“It’s illogical and absurd [that we might be disqualified]. No, I don’t have any worries [about the refereeing]. We’ll play our semi-final, as is our right.”

The Blancos boss is eager to put the Super League debacle behind him and keep focus at Santiago Bernabeu locked on the immediate future.

Real will be back in La Liga action on Saturday when they play host to Real Betis.

As has become the norm for the Spanish heavyweights this season, mixed news has been delivered on the availability front.

Zidane has ruled Toni Kroos, Sergio Ramos and Ferland Mendy out of his plans, but does have Luka Modric and the injury-ravaged Eden Hazard ready to return.

The Frenchman said when delivering that update: “So, there’s some good news and some bad news.”

Real are due to welcome Chelsea to Madrid on Tuesday, but must try and maintain momentum against Betis before entertaining Premier League foes.

A 3-0 win over Cadiz in midweek briefly had the Blancos back at the top of the table, before victory for Atletico Madrid pushed them three points off the pace again.

Zidane is determined to get over the line in first place, but is aware that Real face a tough task through their remaining six fixtures as they have failed to claim the Spanish top-flight crown in successive seasons since 20007 and 2008.

“That has always been difficult,” he added. “I’ve said many times that the Spanish league is very competitive. For me, it’s one of the very best leagues. But, we’ll try.”