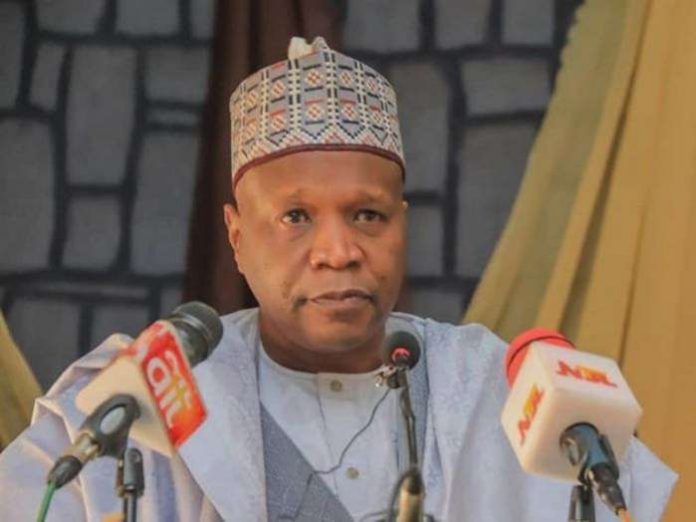 Following the violent crisis that engulfed Billiri town in Gombe State between February 17 and 20, 2021 over the Mai Tangale stool tussle, leading to loss of lives and property, the Governor Muhammadu Inuwa Yahaya, on Monday, inaugurated an 11-man Commission of Inquiry to ascertain the immediate and remote causes of the crisis with a view to preventing future occurrence.

Speaking while inaugurating the commission, the governor said before government finalised and made pronouncement of the new Mai Tangale, some “unpatriotic elements began an EndSARS-type protest (codenamed #LockdownBilliri) by blocking the Gombe-Yola federal highway and all other entry points to Billiri local government area.

“Thereafter, some unscrupulous and criminal elements hijacked the protest and turned it to a violent one with the support of unpatriotic purveyors of fake news via the social media,” the governor said.

The commission is also to receive and investigate complaints from victims or the families of victims and members of the public over the violent protest, to make appropriate recommendations to government on measures and means of preventing the future occurrence of violent protests and how to make perpetrators account for their acts.

The governor added that the panel is to make such other or further recommendations as it may deem fit within the ambit of the law.

The commission, which was given 60 days to submit its report according to the governor, comprised people of impeccable character and proven integrity, that are drawn from diverse professional backgrounds and with extensive knowledge and experience in conflict resolution and peace-building.

Other members are Abdullahi Jalo (Castic), Dr. Ya’u Ahmed Kashere, while Barr. Musa Saidu will serve as secretary/member, and H. N. Nwoye ESQ as counsel to the commission.