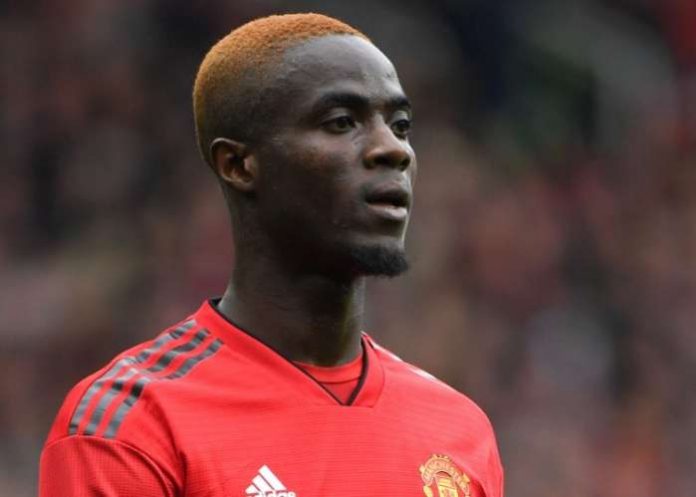 Eric Bailly is back in Manchester United training after recovering from coronavirus.

Manager Ole Gunnar Solskjaer had revealed that the centre-back – who was an unused substitute in Cote d’Ivoire’s last Africa Cup of Nations qualifying match against Ethiopia – was yet to return to England and would be unavailable for selection.

“Unfortunately he won’t be with us for a little while,” Solskjaer was quoted by the club website.

“He’s been away with Ivory Coast and he tested positive with Covid and he’s not back in the country yet.”

As a result of that, the 27-year-old has missed the Red Devils’ last five fixtures against Brighton and Hove Albion, Granada [away], Tottenham Hotspur, Granada [home] and Burnley.

However, the former Espanyol and Villarreal star gave an update on the latest development concerning his fitness on social media.

“Back to training. Excited to be back with the team very soon. Thanks for all the concern and support messages after being diagnosed with Covid,” Bailly tweeted.

This news is a massive boost for the Old Trafford giants who are preparing to face Leeds United in Sunday’s Premier League clash.

Undefeated in their last five games in all competitions, United would be hoping to continue with their impressive run against Marcelo Bielsa’s men at Elland Road.

After 32 matches played in the ongoing 2020-21 campaign, they are second in the log having accrued 66 points.

This season, Bailly has played in 15 games for Solskjaer’s men in all tournaments, including eight appearances in the English elite division.

Since joining the English side from the Yellow Submarine in the summer of 2016, he has featured in more than 100 games for 20-time English champions.

Nonetheless, he has struggled with injury problems in the last two seasons, including a knee injury that saw him sidelined for a long time.

His current contract will run out in the summer of 2022 which will make him a free agent if a new deal is not reached before then.

On the international scene, he is a key member of the Elephants squad. Since his debut on January 11, 2015, in a friendly against Nigeria, he has amassed a total of 37 caps for the West Africans.