Lateef Okunnu: Ethnicity must not divide us 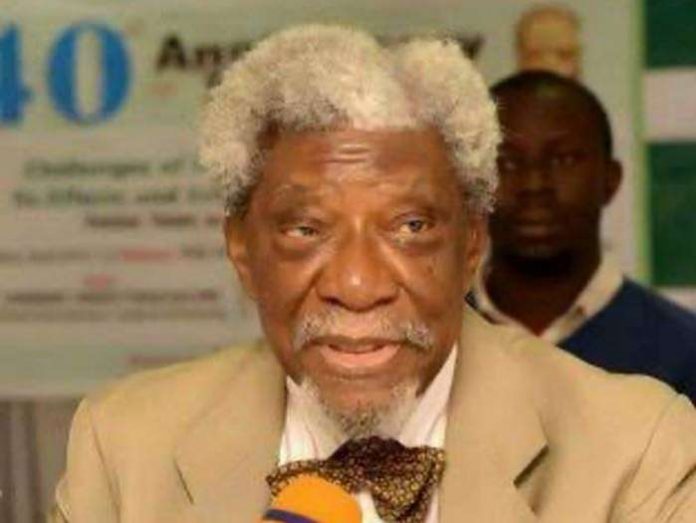 A foremost lawyer and former Federal Commissioner for Works and Housing, Alhaji Lateef Okunnu, has warned against the division of Nigeria.

He spoke during the 26th Annual Pre-Ramadan Lecture organised by the University of Lagos Muslim Alumni on ‘Though Tribe and Tongue May Differ: Interrogating Nigeria’s Nationhood’.

According to him, Chief Obafemi Awolowo and Nnamdi Azikwe became influential in the country without promoting ethnicity.

He lamented that some people are clamouring for the division of Nigeria based on ethnic perspective.

The elder statesman, who was the Chairman of the occasion, urged Nigerians to fight for the unity of the country.

He said, “We knew nothing about ethnicity when I was born regardless of our tribe. When I was growing up as a schoolboy, I followed politics before I clocked ten. I read newspapers in the restroom.

“Ethnicity could not divide us. In fairness to Awolowo, he did not use Egbe Omo Odudduwa to govern the south-west. Nnamdi did not use Igbo Union to govern when he was the premier.

“There is still a debate on who won the election in 1954. The debate still continues. Whatever the side you take, the two leaders did not use religion to govern the country. The then Sardauna of Sokoto, Ahmadu Ibrahim Bello, held conferences in Ibadan.

“The Nigeria I grew up prioritised unity. We must not allow ethnicity to divide us.”