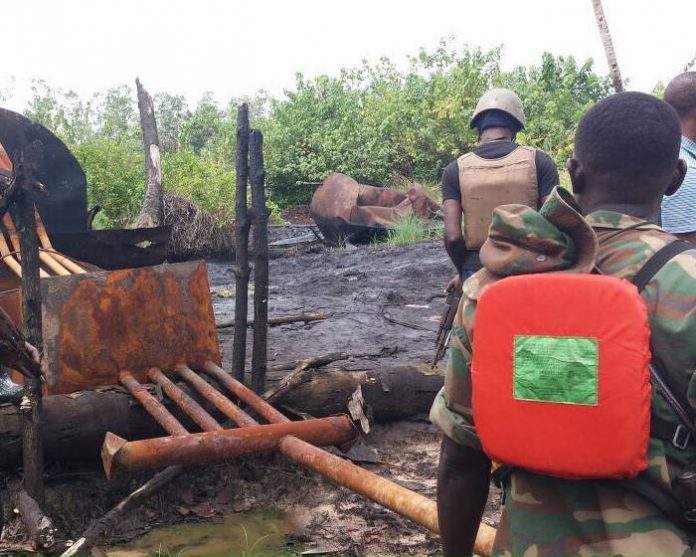 Newsmen gathered that the operation was carried out in conjunction with the operatives of the Department of the State Services ,DSS, on joint patrol within Owaza area,a boundary community between the two States.

Military sources stated that no arrest was made as the operators fled before the arrival of the security men.

However, the security team recovered a commercial bus suspected to be used in ferrying stolen crude after the driver abandoned the car and ran into the bush.

Newsmen further gathered that the driver of the bus locked the steering of the car which frustrated the attempt to take the car to the military unit in the area.

The bus and its content were later set ablaze by the team.

Efforts to get the reaction of the spokesman of the 14 Brigade, Ohafia, Capt. Iliya Dauda, was unsuccessful, as at press time. However, a military official in Asa confirmed the incident.