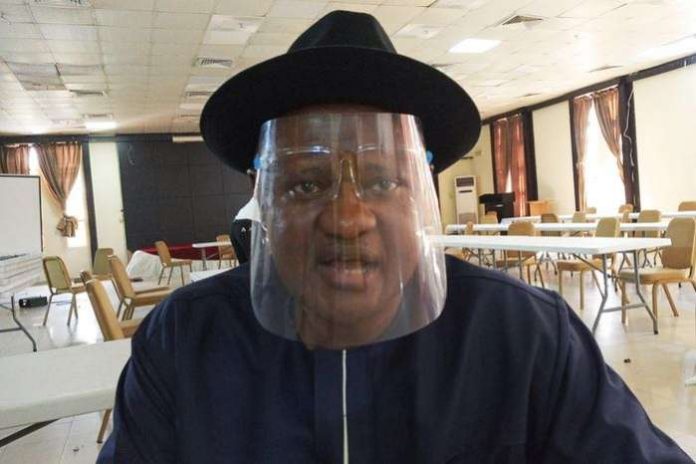 The Pan Niger Delta Forum has said a recent comment by the Governor of Zamfara State, Bello Matawalle, that Southerners should stop attacking Northerners in their area else the North would retaliate was irresponsible and unfortunate.

Recall that the Northern Elders Forum had made similar comments alleging attacks of Northerners in the Southern part of the country and threatened to do the same if such alleged attacks continue.

But PANDEF in a statement by its National Publicity Secretary, Ken Robinson, said while it ignored the warnings of the NEF because the nation was now used to their ‘unguarded utterances’, a similar comment now from Governor Matawalle was preposterous.

The statement read, “It is rather most unfortunate and that the governor of Zamfara State, Mr. Matawalle, would make such an irresponsible statement. We’ll ignore that of northern elders because the nation is used to their unguarded utterances but for a governor to make such a reckless declaration is completely preposterous.

“And it conveys how awful the nation’s political leadership has deteriorated, where self-seekers are thrust into hallowed positions, instead of patriots who would pursue national concord, particularly, at a moment like this when the country is facing daunting socio-economic challenges.

“By the reported statement, Governor Matawalle has shown himself as an enemy of peace, for reasons best known to him and his co-travellers.

“It would be needless to ask Governor Matawalle who the killing and kidnapping of innocent citizens by bandits in his state, and other states in the North-West, are intended to provoke.”

The PANDEF spokesman said the country was on the edge of a cliff, pointing out that such comments were not expected of anyone, much less a leader like Matawalle.

“Nigeria is on the edge of a precipice, no one can tell what will come next. What is expected of leaders across the country now, especially, the elite, is to rise to the occasion and build bridges of understanding, and not to reduce themselves to “local wildcats”, fanning the embers of discord and hatred, to aggravate the already precarious situation.

“Let it be known to Governor Matawalle and his likes that no section of this country can arrogate to itself the monopoly of violence,” the statement added.

In a separate development, PANDEF said restructuring was now not only a vital necessity but has expedient for the survival of Nigeria as a united entity

PANDEF said it welcomes, but with caution, the declaration of support for restructuring by some northern groups, including the Arewa Consultative Forum and Northern Elders Forum.

Robinson also in a statement said, “However, against the background of inconsistencies and contradictions, we would rather take their declaration with a pinch of salt. For instance, how can they declare support for restructuring and then say they do not support power rotation? That is most illogical and creates room for doubt.

“Both restructuring and power rotation, are issues that border on making Nigeria a better, safer and more egalitarian country.

“The Northern elite and political leadership would, therefore, need to demonstrate to the rest of the country that they are sincere and serious; they should match their words with action.

“We (PANDEF) have been on this flawed system for 60 years and it has, largely, contributed to our being a subpar nation, despite the country’s enormous human and material resources.

“The stark reality is that Nigeria cannot continue in the present contorted and destructive trajectory, the federal government must heed the voice of reason and, without any further delay, institute a genuine dialogue process on the restructuring of the country, to guarantee harmonious and peaceful coexistence, for the benefit of present and future generations, before it is too late,” he added.