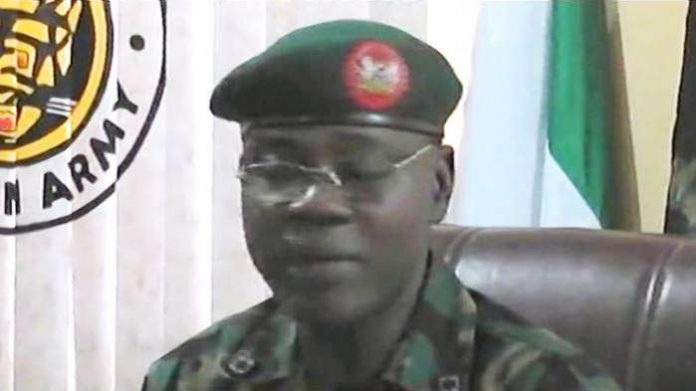 The Commander, Operation Lafiya Dole, Major General Faruk Yahaya, has called on the media to support the ongoing operation to rout Boko Haram terrorists out of the country.

The theatre commander made the call at Maimalari Cantonment in Maiduguri on Saturday during a luncheon organised in honour of the media practitioners in Borno State.

Gen Yahaya expressed appreciation to the media, describing practitioners as critical stakeholders in the fight against the terrorists. He added that the media as an important component could enhance operations when effectively harnessed and deployed.

The theatre commander charged the media to be reliable partners by effectively deploying its skills and competence in the support of the operations in the North-east.

“Media should make effort to deny the criminals what they need most, which is publicity,” Gen. Yahaya said.

The commander appealed for constant interaction between Operation Lafiya Dole and the press for better understanding of military activities, roles and functions in order to improve synergy.

The luncheon attracted various members of the media community in the state, which included members of Nigeria Union of Journalists (NUJ), Correspondents Chapel, Nigeria Association of Women Journalists (NAWOJ) and online media practitioners, among other stakeholders.