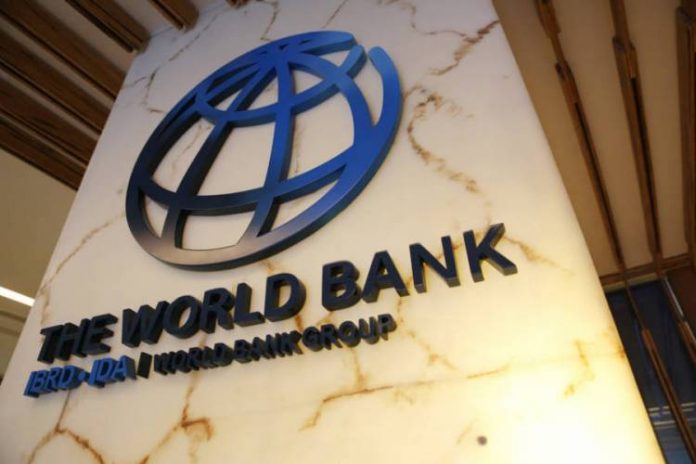 A coalition of civil society organisations under the auspices of Civil Society Groups for Good Governance (CSGGG), has demystified FADAMA project to avert misinformation about the project which started in 1990 and now in its third phase.

The president, CSGGG, Comrade Dominic Ogakwu, while addressing a press conference yesterday in Abuja, condemned the false narratives trailing the project, underscoring the need to meet the urgency of the Agricultural Transformation Agenda (ATA)

Stressing the need to clear the air on the project, he said investigating it will help the public to be informed as well as build trust for the handlers.

Ogakwu said the project has so far enriched Nigerian farmers, adding that FADAMA I which was the first of the series, started in 1990 with a design to bring basic irrigation and productive support to farmers in selected Nigerian states.

According to him, “The controversy trailing the FADAMA project has necessitated this press briefing. The public domain has been inundated with all sorts of fallacious conspiracy theories, so much so that the ordinary Nigerian has been left in a quandary about the actual state of the nation.

“Such a conundrum of misinformation and fake news is currently threatening the sanity of our polity. If this ugly trend is not nipped in the bud early enough, the fragile unity in diversity which Nigeria currently enjoys will soon be destroyed.

“As champions of the fight against the spread of fake news, therefore, it behooves the CSGGG to balance the narrative and set the records straight via an investigation into and objective reportage of the goings-on at FADAMA.”

“FADAMA III interventions began in 2009, during which time the Project’s geographical scope was expanded so that it became a well-known National Brand of Local Agricultural Development Project. Please note that the FADAMA III Project was originally approved by the Board on 1 June, 2008, with a Credit facility of US$250 million, became effective on 23 March, 2009 and closed by 31 December, 2013.

“Despite the successes so far recorded, the government saw that a lot still needs to be done if rural farmers are to benefit from this world bank scheme. So the government requested an additional financing for special interventions.

“The World Bank responded to the request of the Government for more support, by providing additional financing to the FADAMA III project, in order to meet the urgency of the Agricultural Transformation Agenda (ATA).”

He said the board approved additional IDA credit of USD 200 million on June 28, 2013, with the objective to assist the Federal Government of Nigeria to scale up impacts on the ground and strengthen the development effectiveness of the third national FADAMA development project, by aligning it more closely with the then Agricultural Transformation Agenda (ATA).

Ogakwu said for the Additional Financing (AFI), it used a business approach model that supported clusters of farmers in the initial six selected states, who produce crops with comparative advantage and high potential to increase production and productivity, like cassava, rice, sorghum and tomato value chains and thereafter linked them to better-organised markets.

He continued: “The states which participated in the AFI scheme were, Anambra, Enugu, Kano, Kogi, Lagos and Niger–Core States, while additional twenty-eight (28) States including FCT (Production Clusters States) also benefitted from the project having met the set criteria. On average, the project was expected to reach 317,000 direct beneficiary households in clusters of farms and 1.4 million indirect beneficiaries across the country.

“The Second Additional Financing (AFII) with a credit facility of USD50 million was approved by the bank for humanitarian initiatives and restoration of the livelihood of the people affected by insurgency, in the six North East States including Borno, Yobe, Adamawa, Taraba, Bauchi, and Gombe.

“These increases across the 4 value chains, representing an average of 575.13% which is far above the average of 40% targeted at the onset of the project. The total hectares of land cultivated rose from 6,976ha at the MTR to 207,160ha – comprising Cassava (18,936 ha), Rice (132,717 ha), Sorghum (39,865 ha) and Tomato (15,642 ha). These achievements were recorded due to the adoption of Good Agronomic Practices (GAP), Capacity building of farmers, engagement of Advisory services and inputs support consultants (ASIC), linkages to off-takers, etc.

“Again, in 2019, cassava farmers under Fadama III, AF I and AF II realized more than N20.6 billion as revenue and a gross margin of N13 billion. In the same vein, rice, sorghum and tomato farmers realized a gross margin of N104.4 billion, N60.9 billion and N19.2 billion respectively, during the project’s life span. Hence, the FADAMA 111 series have contributed substantially to the gross domestic product (GDP) and gross domestic income (GDI) of Nigeria from 2015 to 2019.

“The livelihoods – crops, livestock, fisheries, and non-agricultural enterprises – of 32,480 farming households were restored in addition to receiving food assistance to the tune of 4,692 tons of rice, maize, beans and sorghum, 306,400 liters of cooking oil and 161tons of condiments, under the AF- II. Altogether, about 950,400 days of work was provided the returnees and conflict-affected households, against the targeted 720,000 days.”

Taking a swipe at mischief makers peddling unfounded rumours of financial infractions during the implementation of the FADAMA Series, the “savings in FUEF account as at the time of reporting was N609,189,766, saved from 305,048 assets worth N3,470,519,662 representing 17.55% of the value of assets.”

Ogakwu said the FUEF management outlook is good as the sustainability purpose for which it was designed translating to the very first farmers-led Micro Finance Bank in Africa, the Plateau Fadama Farmers Micro Finance Bank, while others like Akwa Ibom, Ogun, etc are at advanced stages of delivery.

“The FADAMA series also made substantial progress along the lines of community-owned rural infrastructure, such as the construction of 580.7km of double-layer surface dressed roads in 133Nos locations across the participating States.”

He disclosed that the FADAMA III AF deployed a Multi-Agency Partnership (MAP) collaboration approach during implementation, to ensure that all relevant players in the agricultural sector were carried along.

To ensure timely access to affordable and quality planting materials for beneficiaries, he said the FADAMA III AF Project was designed to promote Community Seed Production.

Also, to successfully implement this, the project signed an MoU with National Agricultural Seed Council (NASC), to create a platform for the two parties to work together and implement seed production/multiplication activities.

In the area of Public/Private Partnership (PPP), he said the FADAMA project collaborated with the Africa Commodity Exchange (AFEX) Ltd, Machine and Equipment Corporation Africa (MECA) Ltd, NIRSAL/Anchor Borrowers Program (ABP) among others.

“Another laudable initiative of the FADAMA series is the Gene Bank scheme. Gene Bank is an archive containing records of crop genetic diversity. It plays a key role in the conservation, availability and use of a wide range of plant genetic diversity for crop improvement, food and nutrition security.

“The National Gene Bank domiciled in IAR, Zaria was upgraded to International standard, primarily to obviate the genetic resource material challenges confronting geneticists, especially in the zone and adequately equip the Research Institute to effectively and efficiently facilitate the establishment of Community Based Seed production system as well as provide foundation seed to beneficiaries. After the renovation of the Gene Bank, the center was equipped by the project, with state-of-the-art Gene Bank facilities.

“On the issue of its ingenuity and innovative approach to perennial issues, Ogakwu noted, that a key accomplishment of the project is the adaptation of project structure and activities, in order to provide solution to national challenges – especially in graduate youth unemployment.

“Despite the successes so far recorded, the government saw that a lot still needs to be done if rural farmers are to benefit from this world bank scheme. So the government requested an additional financing for special interventions.

“The World Bank responded to the request of the Government for more support, by providing additional financing to the FADAMA III project, in order to meet the urgency of the Agricultural Transformation Agenda (ATA),” he said.

Ogakwu said a total of 189,819 farmers/beneficiaries have been profiled and factored into the farmer database for AF I & II.

He said geo-referenced data of 170,609ha have been received and uploaded in the geo-data base.

“All the 158 conflict cases reported in AF-I were resolved through the Grievances Redress Mechanism (GRM) in the communities. These grievances centered on land disputes with family members and cattle invasion of farms. The rice value chain had the highest (84) while infrastructure and sorghum had the least (2). In AF-II, 15 conflict cases were reported and resolved,” he said.