Keston Okoro: Niger Delta not part of Biafra, can never be 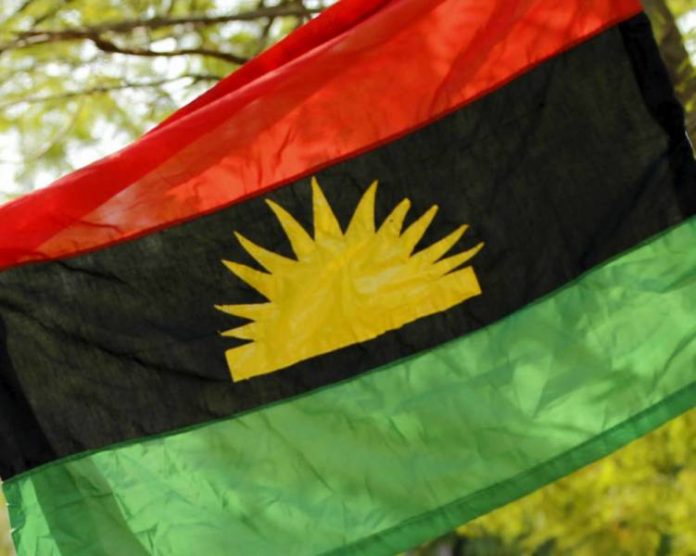 Former member of the Delta State House of Assembly, Honourable Liege Lord Keston Okoro Muhammad Al-Amin, has issued a stern warning to Alhaji Asari Dokubo, IPOB and its leader Nnamdi Kanu and all those he described as having no trace of residence to stop labouring hard to annex the Niger Delta region into ‘the so-called Biafra Republic’, stressing that the Niger Delta area stands on its own and should never be considered as part of Biafra as the area can never be part of Biafra.

Addressing newsmen in Abuja, Keston Okoro, a foremost Niger Delta Youth President and foremost President of Urhobo Youth leaders, explained that anybody listing the Niger Delta as part of Biafra was only trying to stoke the embers of discord and avoidable crisis.

He said, ‘’If God willing, in the event of any breakup of Nigeria, the Niger Delta region shall stand alone as an independent republic.

‘’We are not against any one’s opinion because everyone has right to his or her own opinion or clamour for whatever name you may called it Biafra, Oduduwa, etc but you must first of all consider the general interest of the people at heart as such the Niger Delta region most especially Delta State should not be listed as part of Biafra or whatever as the Niger Delta position still stands for the nation’s restructuring and total Reformation of the Nigeria system.

‘’Furthermore, it’s most important for everyone to understand the fact beyond reasonable iota of doubt that the Urhobo people of Delta State are the largest ethnic nationality in this part of the world thus nobody should dare annex us into an independent entity because is like holding a tiger by the tail. Without mincing words we are endowed enough to stand alone as an independent state if the need arises. The patience or gentle strides of the Tiger shouldn’t be taken for weakness nor the quick reaction of the lion be taken for noise-making,’’ he said.

Okoro noted that the clamour for restructuring may not stop until the people achieve what they desire for the nation, adding that if the nation is restructured, the constituent regions would develop at their own pace and competitiveness instituted for accelerated growth and progress.

He further stressed that the clamour for Biafra and Oduduwa Republic was mere rhetoric as the leaders from those region can only convince others about their sincerity in the clamour for independent state if and only if the agitators take a resolute step to prevail on their members in the National and State House Of Assembly to simply boycott their respective assemblies, mobilize all elected officers to put all hands on deck to actualize their unconstitutional republics if they’re not into some foul play .

‘’You can deceive some people sometimes but you can deceive all the people all the times. What stops the National Assembly Members, House Assembly members, Governors, Ministers, Commissioners, local government Chairmen and councilors including all government political office holders from the South East and South West to simply walk out on the National and State Assembly and others to drop their respective political portfolios and meet at their regional levels to drive the message home and prove to the whole world that they were serious with and strongly in support with their agitations for independent Republic or who is the fool here?

‘’Confidently I vehemently state that the so called leaders and even the agitators are playing to the gallery. They seem to be a fake agitation seeking for personal relevant and political recognition. While we are watching the political convulsion being experienced at various levels and places across the Nation we make bold to say indisputably, that the Niger Delta is the economic hub of the Nation. We sustain the Nation economy with 90 to 95 % of their resources as such all we are saying and all we want to hear is for the Niger Delta to produce the next President of the Federal Republic Of Nigeria come 2023. No more no less,’’ Dr. Liege-Lord Keston Okoro declared.