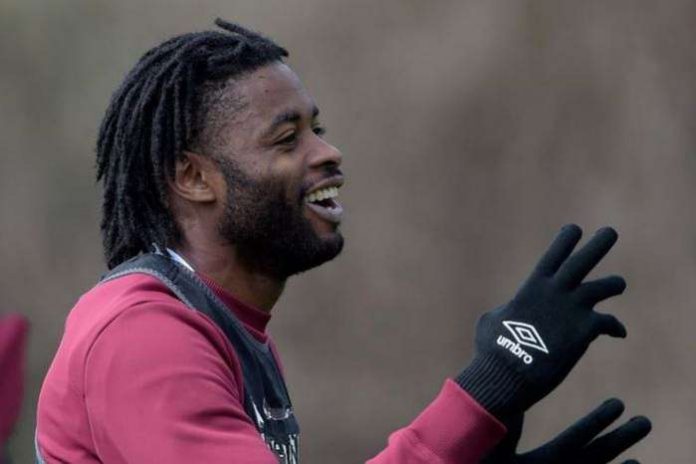 Former Arsenal and Barcelona midfielder, Alex Song, has said he was proud and happy to have helped Arta/Solar 7 win the 2020-21 Djibouti Premier League title.

The Arta-based club secured their maiden league title after a 4-2 win over third-placed Port which gave them an 11-point lead at the summit of the table with two games left to play.

Song only joined the Djiboutian club in November as a free agent after he was released by Swiss Super League club Sion in March 2020 alongside three other African stars because they refused to take a pay cut during the coronavirus outbreak.

The 33-year-old who doubles as the team captain, played an integral role in Arta/Solar 7’s triumph with his presence in the middle of the park.

Song’s league success in Djibouti is the first time he will be lifting a league title since he won La Liga crown with Barcelona in the 2012-13 season.

The former Cameroon star endured a seven-year trophyless campaign at Arsenal between 2005 and 2012 before switching to Camp Nou.