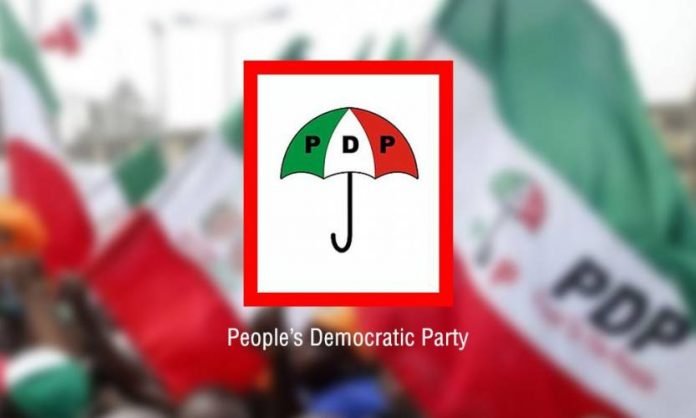 The Peoples Democratic Party in Niger State has mocked the ruling All Progressives Congress for threatening to seek action over an allegation purportedly raised by the PDP in Chanchaga Local Government Area of the state in its letter suspending former Governor Babangida Aliyu, adding that the APC should mind its business.

It should be recalled that the APC had written a letter signed by its State Legal Adviser, Khaleel Ibrahim Aliyu, seeking legal redress if the PDP refuses to withdraw, within 48 hours, the allegation purportedly raised, adding that the PDP is using the Chanchaga Local Government chapter as a tool to perpetrate an act to discredit the APC despite the dividends of democracy being enjoyed.

The main opposition party in a statement signed by its Legal Adviser, Caretaker Committee, PDP North Central/State Caretaker Committee, Niger State, Isyaku Barau, said it ordinarily, as a great and noble party, wouldn’t have responded to empty and blatant threats from anybody.

Barau said in the statement: “The PDP sees your letter under reference as just an attempt or a ruse to meddle into the internal affairs of PDP. It is at best laughable that you claim the APC provided some imaginary dividends of democracy in Niger State.”

“You (APC) are weeping more than the bereaved. If anyone will have to sue for defamation of character in respect of the allegation raised by the PDP Chanchaga Local Government in its letter, it ought to be the former Governor of Niger State, Dr. Mu’azu Babangida Aliyu, certainly not you.

“This is tales by moonlight as the only things that are prevalent under APC in Niger State is incessant insecurity, hunger and excruciating poverty, unemployment, dilapidated public structures, anguish and melancholy faces of people moving hopelessly in the State; while the State Government remains heedless and bereft of ideas and solution to the myriad of problems that it created.

“We would have been worried about your threat to embark on litigation for defamation of character. For purposes of charity we would have advised you not to, but we relish the opportunity to show Nigerians that you have no character to be defamed as the APC has proven at every level of governance to be a monumental fraud in every respect.

“For the fact that in your letter you turned logic upside down holding the PDP responsible on a mere speculation that the PDP was using PDP Chanchaga LGA chapter as a tool shows that you attach so much importance to a piece of information you got on social media since you were not copied with the purported letter which you claim has tarnished your image.

“If we were to seek legal redress against the APC for all sorts of spurious allegations and lies by her members and chieftains before the Party came to power till date, Nigerian courts would not have the time and the facilities to contain the tens of thousands of cases of defamation of character that the PDP would file against your Party.”

Furthermore, the Legal Adviser urged the APC to mind its business of contending with the monumental crisis overwhelming it.