Anambra governor: I will not abandon families of slain policemen 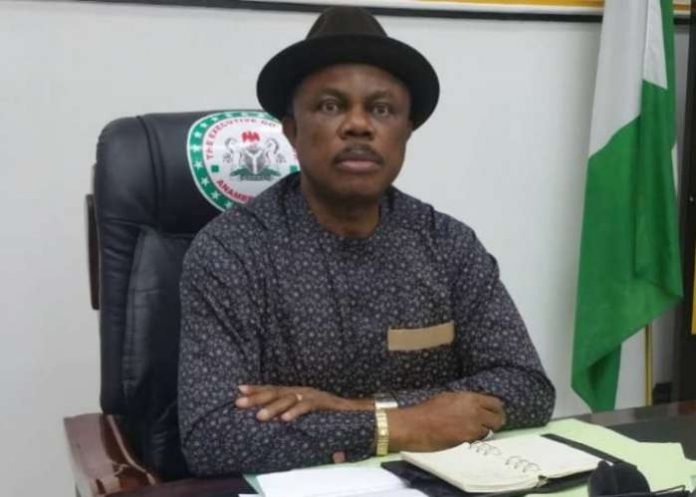 Governor of Anambra state, Willie Obiano, has assured the families of the policemen killed during an attack on Prof Charles Soludo that government would not abandon them.

Obiano gave the assurance on Easter Sunday at a statewide broadcast to address the violent attacks in the state.

“To the families of the slain Police officers, my heart once again, goes out to you. I share in your grief and mourn with you. While I pray for the repose of the souls of the deceased, please be assured that the State Government will not abandon you” he said .

He prayed that the spirit of the season would permeate their hearts and engender love, peace and tranquility in their daily lives, now and in the future.

The yet to be identified gunmen had on 31st of March 2021 invaded a town hall meeting at Isuofia with three policemen killed in the attack while the State’s Commissioner for Public Utilities , Hon Emeka Ezenwanne was also abducted.

“Since the incident and in our usual characteristics, the State security architecture had exerted an extensive effort to ensure the safety of the Commissioner who eventually returned home in the early hours of today, 4th April 2021″ the governor said.

According to Obiano, one of the attackers was gunned down on the spot on that day while five others were arrested later by the security agencies.

”I am therefore happy to announce that the Hon. Commissioner is unhurt, very stable and in good physical and mental condition. No ransom was demanded and none paid for his release.

“I have also met with him and I’m reassured that he is ready to resume duties.

“Let me now use this opportunity to thank all the security agencies and other critical stakeholders who played one role or the other in our collective effort to free Hon Emeka. The State Government immensely appreciates you all.

“To the family of the Hon Commissioner, nuclear and extended, the Soludo family and all friends who faced the trauma of not knowing his fate these past few days, I ask that we be grateful to God for the Easter gift of his safe return.

“I must now condemn in its entirety, the violence that is erupting in our dear State and the continued targeting and killing of security forces working here.

“This tendency portends grave danger for the peace and security we have worked so hard to entrench in our dear State. The aftermath of the Endsars protests is still fresh in our minds with the obvious rise in crime rates following a lull in security activities. A repeat of this, we must not allow!

“For this singular reason and in the interest of our collective safety, I hereby urge all stakeholders at all levels of society to call for a stoppage of all forms of aggression against the Police and security agencies in Anambra State.

“As a Government, we remain committed to the safety and security of all living and doing business in the State and we will do our utmost best to ensure the safety of all.

“I urge the Police, Military and other security agencies in the State to continue to do their duties exceptionally, professionally and in line with the law.

“Also, as politics and its activities manifest in our State in the months ahead, let me urge all actors and participants to eschew violence and be mature in all dealings. Our State is on a consistent rise to greatness and we all have a duty to ensure it doesn’t derail as a result of political bitterness.

“I have been fully briefed by the Security agencies and I wish to reassure the public that the Police and relevant agencies are continuing investigations into the Isuofia incident and will not relent until the perpetrators are brought to book”.