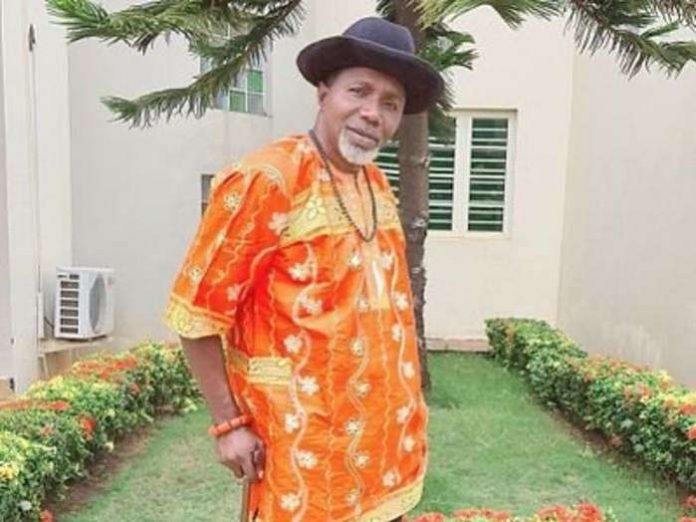 The well educated thespian with over 200 movie credits told newsmen that there are still a lot of his female colleagues that are still very much faithful to their spouses.

On his thoughts about the growth rate of Nollywood and the perception that most Nollywood women dont make faithful wives. He had this to say, “We can’t generalise this. Yes, fame exposes the female folks to financial temptation from high society men. There are still a few that keep the marriage institution sacrosanct”. He said Nollywood is growing very fast and there are calls for improvement on quality of our movies, “Unfortunately, some Executive Producers make it a strictly business venture and so compromise on professionalism. Things are beginning to change in recent times and we are hoping for the best, in comparison with our counterparts abroad.”

He further obtained a PHD degree in Business Administration from Atlantic International University, USA with a distinction in 2019.

He started his career as a Safety Engineer, later as a Lecturer. He then joined First Aluminium PLC and left as a Circle Production Manager before joining The Shell Petroleum Development Company (SPDC) and recently voluntarily as an Operations Readiness and Assurance Manager. He is a corporate member of the Nigerian Society of Engineers (NSE) and chartered with Council for the Regulation of Engineering in Nigeria (COREN) in 2002. He is happily married with children.

His wealth of experience spanning over 30 years in business, work and people’s management has helped him in excelling in various endeavours. In recognition of his beneficial contributions to his hometown, he was given a chieftaincy title, the Ataneru (i.e. talk-na-do) of Agbarho Kingdom. He is a member of the council of Chiefs in Agbarho Kingdom.

He has demonstrated outstanding reliability, as evident in the sponsorship of various peace initiatives, one being the Niger Delta Peace Initiative, which was aired on DRTV & African Magic. He used his position as the National Patron of Actors Guild of Nigeria to promote peace, law and order in Delta State in particular and Nigeria in general. He also features regularly on a DRTV program called ‘Focus’ and contributes meaningfully to the development of Delta State.

He is an actor, script writer, producer, executive producer, director, editor and national marketer. He has produced over 50 movies and acted in over 200, among which are Cotonou Visa, Deceptive Hearts, Foolish Lovers, Flames of Love, The Vengeance of Bullet, Okpetu Landlord, Owena, Eya Egagan, Enaiso, Oma, Troublesome Tenant, Wealth from Coven, First to Get Her, Ighoregben, Okpetu Tenant, Onokevwo, to mention a few. In 2011, his movie ‘The Vengeance of Bullet’ won five awards in Lagos International Film Festival where he won the ‘Best Actor of the year’. His movie, Enaiso won ‘best film’ in 2014. He has bagged several other awards among which are ‘Best Urhobo Actor of the year 2013’ and Niger Delta Ambassador of Arts and Culture. Some of his latest trending movies are My foolish Wife, Beautiful Palace Love, Royal Siblings and Bullion Van. He is a successful Businessman.

Joseph Daniels join the industry about mid 2000 and became a National Patron of Actors Guild of Nigeria (AGN). “I started producing around 2008 until 2018 when I decided to go into full-time acting. I invested over N100million in the industry without getting my money back. I was lucky to get a contract for the use of only my contents to commission a TV station for 3 months. That gave me real encouragement before deciding to go into full-time acting. On coming to Asaba, the challenges were much but with God on my side, I have grown very fast. Today, I am a household name in Nigeria and indeed the world”.