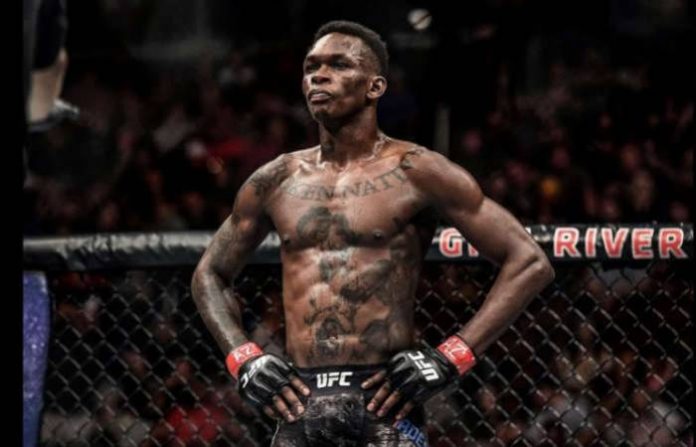 UFC star Israel Adesanya has apologized to fellow fighter Kevin Holland after he came under attack for his rape comment.

Isreal Adesanya made the “rape comment” while trash-talking Holland in a since-deleted video.

“Bro, I will fuckin’ rape you,” Adesanya said in an Instagram video directed at Kevin Holland, who had targeted him with a series of insulting remarks.

However, in a statement on Friday morning, the Nigerian-born New Zealand MMA fighter said he “crossed the line” and he understands the gravity of what he said.

The statement on Adesanya’s official Twitter account reads: “Last week fight talk escalated to a point in which I crossed the line. I understand the gravity of this word and how it can affect and hurt other people apart from my opponent, although that was never my intention. I am still growing under the spotlight, and I take this as a lesson to be more selective with words under pressure.”

Grant Robertson also called on the UFC to take action against Adesanya.

“There is never a time to make flippant comments about rape. It’s just not something anybody should do,” Grant Robertson had said.

“I’m sure Israel understands that. I believe he has deleted the tweet in question. It will be up to the UFC as to what they do.

“But I would certainly be making clear to him, and to anybody actually, that we have to take rape seriously.

“It’s not an issue that anyone should be making jokes or flippant comments about at all.”

“Conversely, this kind of comments where rape is used as a threat create a culture where it is acceptable to make sexualised comments with the potential to cause further harm.

“Sportspeople and celebrities can really influence young people, we would like to see this happen in a positive way, not misused and normalising threats of sexual violence.”