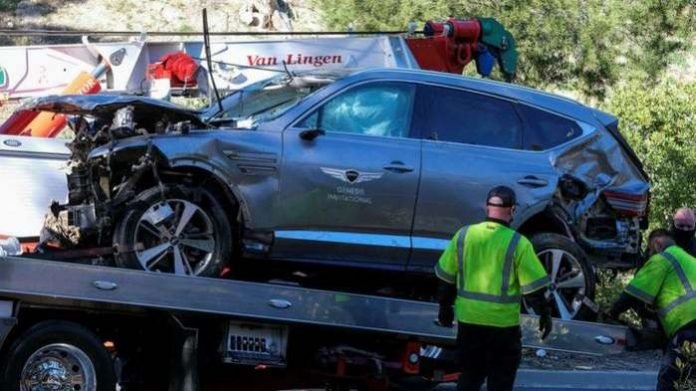 The Tiger Woods crash investigation reveals the golf legend neither hit the brakes nor took off his foot off the gas either.

The investigation has been going full steam since the accident nearly a month ago. The Sheriff’s Dept. has been looking at the SUV, the crash site and many other pieces of evidence. They are also retrieving data from the SUV’s black box. So far, investigators believe that Tiger did nothing to prevent the crash once he lost control of the vehicle.

It is believed that before Tiger got the scene of the crash he had been driving “normal” and not speeding, but the evidence indicates afterwards that he accelerated and was speeding when he lost control.

Tiger was recovering from back surgery at the time of the crash, and had been hosting a golf tournament — he couldn’t play because of his back.

Although he suffered serious leg injuries and a big gash on the chin the 15 Major winner is currently out of hospital back home and recuperating even investigation continues.