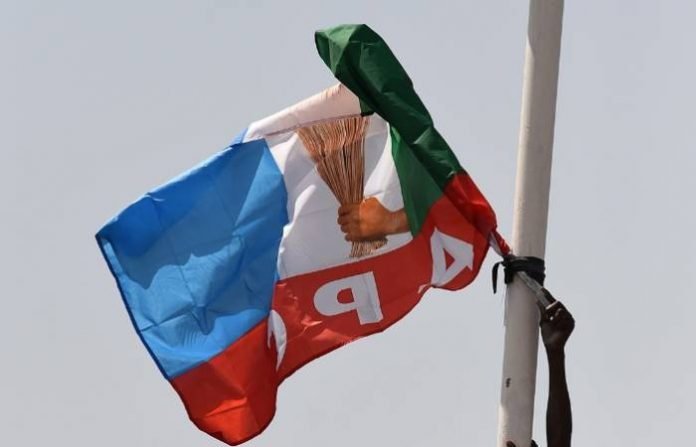 Factional leaders of the All Progressives Congress (APC) in Rivers State, Igo Aguma, and another chieftain, Livingstone Wechie, have exited the party.

Aguma and Wechie announced their departure from the party shortly after the Supreme Court rested their long-drawn legal battle with the APC over the authentic leadership of the party in the state.

The apex court was said to have declared Isaac Ogbobula, a leader of the faction loyal to the Transport Minister, Rotimi Amaechi, as the true caretaker committee chairman of the APC.

Aguma in a statement he signed in Port Harcourt, said he left the APC because the party failed to protect the rights and privileges of its members.

He said: “I have received the Supreme Court judgement which dismissed my Appeal challenging the Court of Appeal decision which upturned the High Court judgment that declared me as Acting Chairman of APC in Rivers state.

“It is now clear that it is not within the purview of the Court to protect the rights and privileges of members of a political party, in this case, the APC. It is the APC that should protect the rights of her members but has failed to do so.

“I cannot continue to be a member of a Political party that endangers and does not give any form of protection to the rights of its members and has no respect whatsoever for its own constitution at all but chooses to be run against democratic principles intoto for self-destructive purposes. Therefore I announce my exit from the All Progressives Congress immediately.”

On his part, Wechie said he was at the Supreme Court when the judgement was delivered adding that he respected the decision of the apex court.

He said: “I was present at the Supreme Court this morning to witness the judgements touching on the Rivers state chapter of the All Progressives Congress particularly the case of Igo Aguma v. APC.

“I respect the Supreme Court judgement which today dismissed the Appeal challenging the Court of Appeal decision which upturned the High Court judgment that declared Rt. Hon. Igo Aguma as Acting Chairman of APC in Rivers state.

“The Supreme Court in its view decided that it is not within the purview of the Court to protect the rights and privileges of members of a political party particularly the APC because that is an internal party matter. I see this development as an unhealthy judicial precedence which should be intellectually interrogated moving forward.

“Moreso it is dangerous for politics and political party democracy in Nigeria that for any reason the jurisdiction of Court should be ultimately ousted as it affects grievances by party members not minding political party arbitrariness which the Court ought to restrict in the interest of our democracy in Nigeria. Regrettably, the APC that preaches respect for the rule of Law rather than protect the said rights of her members as enshrined has failed to do so and celebrates the violation of its own constitution traditionally.

“It has been a long battle for internal democracy in the APC Rivers state to give genuine stakeholder opportunities to members. However the status quo is unsafe for my political struggle and future which I must sustain for the good of my fatherland.

“I cannot continue to be a member of a Political party where asking questions is a death and a party that sabotages and trades mindlessly and selfishly with the rights of its members. Therefore I announce my exit from the All Progressives Congress immediately. This is my decision.”