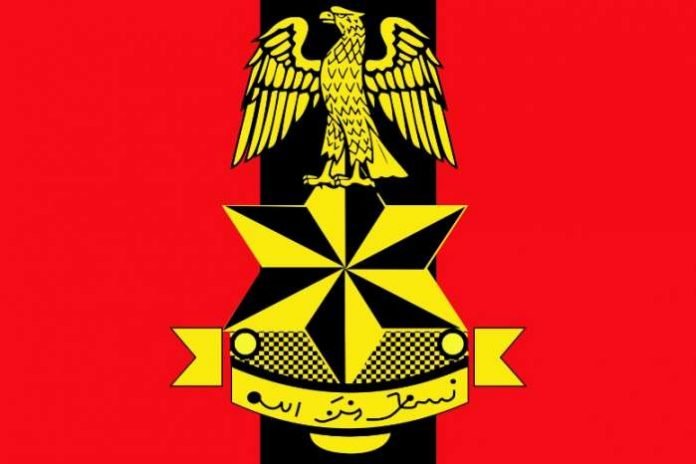 The Nigerian Army on Friday graduated 67 soldiers wounded on the frontline in the North East, who were trained on computer and CCTV operation.

Newsmen report that the soldiers, under Operation Lafiya Dole, have been at 44 Army Reference Hospital Kaduna for treatment.

The training was part of their recuperation and was carried out over a period of four months.

A total of 50 wounded soilders were trained in computer repair and operation, while 17 were trained on CCTV operation and installation.

Each participant received a laptop from the Chief of Army Staff to boost their morale.

The hospital’s Acting Chief Medical Director, Col. Augustine Omogbethai, said the idea was to give the soldiers new skill as most of them are between the age of 20 and 24.

“Some of them sustained various types of injuries in combat and were referred to this place; we addressed their surgical management, gave them best drugs and fed them to ensure rapid healing.

“There are certain injuries sustained in combat that no matter what you do, you have to still address the minds of these veterans.

“We have a team of psychologists and psychiatrists, headed by Col Ijamanta, addressing that aspect of their minds, but it wasn’t enough.

“Until we realise the need to give them new skills so that they will remain relevant to themselves and to their families and to the Nigerian army.

“So we came out with this idea and list out certain skills ranging from computer training, painting, CCTV training and we gave them the forms to select by themselves.

“Some chose computer operation including graphics, computer repair and maintenance and others CCTV high vision, CCTV security installation and operation .

“I have sustained an injury in war as a gallant soldier and to remain relevant I have to obtain a new skill,” Omogbethai said.

According to him, the morale of the wounded soldiers became very high within the first two weeks of training.

“We chose to train them not for two months for certificate acquisition but also to extend it for four months to diploma level.

“When they leave this place to their various units where they will serve in this new category we don’t want them to go and disgrace us, and of course you excell in whatever you do when you know it very well.”

The CMD said that the soldiers would be deployed to various units where they will showcase their skills and knowledge.

The GOC, represented by Brig.-Gen. Adeleke Ayannuga, said what was needed to motivate soldiers was good leadership show of empathy.

“We are very proud of you, we will stand by you any time, the Army will continue to cater to your needs,” he added.

He advised them to utilise their new skills properly, adding “you have been given the basic tools what is needed is for you to become gurus and very perfect”.