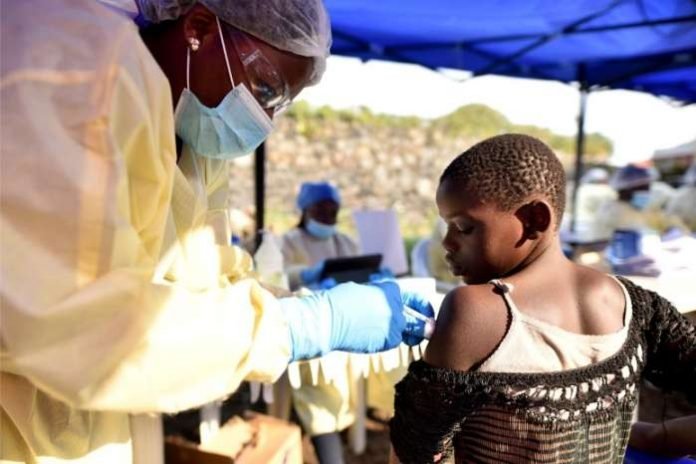 Ministers of Health from Guinea – which is combating a new Ebola outbreak – and neighbouring countries have agreed on a unified front to combat the virus that re-emerged about three weeks ago.

A UN statement on Wednesday said this was at a meeting held in Guinea’s capital, Conakry, on 2 March.

“If in 2014 Guinea and the neighbouring countries were victims of Ebola, this time around Guinea and the region are resolutely facing up to Ebola,” said the Guinean Prime Minister, Dr. Ibrahima Kassory Fofana.

The statement said the ministers agreed in a final declaration to set up a coordination mechanism, enhance cross-border collaboration, including working with communities, to support the efforts in containing the virus.

They also agreed to facilitate import regulations for vaccines and drugs as well as promote measures that were effective in bringing the 2014–2016 Ebola outbreak in West Africa under control.

Guinea declared an outbreak on 14 February after cases were confirmed positive for Ebola in a rural community in N’Zerekore prefecture, which lies near the border with Cote d’Ivoire and Liberia. As of 2 March, 17 cases (13 confirmed, 4 probable) had been reported.

“We are greatly encouraged by the common front taken by Guinea’s neighbours to tackle this outbreak. We know from experience how much this is critical in fighting Ebola,” said Dr. Abdou Salam Gueye, Regional Emergency Director at the World Health Organization (WHO) Regional Office for Africa.

“With close cross-border trade and social ties, we cannot ignore the importance of regional approaches against health crises.”

In support of Guinea’s health authorities, WHO and partner organizations have ramped up response to the outbreak.

Ebola vaccinations were launched just nine days after the outbreak was declared. To date, 1,317 people have been vaccinated and 32,000 vaccine doses have so far been delivered.

All the six countries bordering Guinea are stepping up readiness. Surveillance and screening are being stepped up at border crossing points and in high-risk communities.

Rapid response teams are being deployed to border areas to support preparedness plans of health districts.

Testing and treatment facilities are being scaled up and work to ensure communities take full ownership and rally around public health responses is underway.