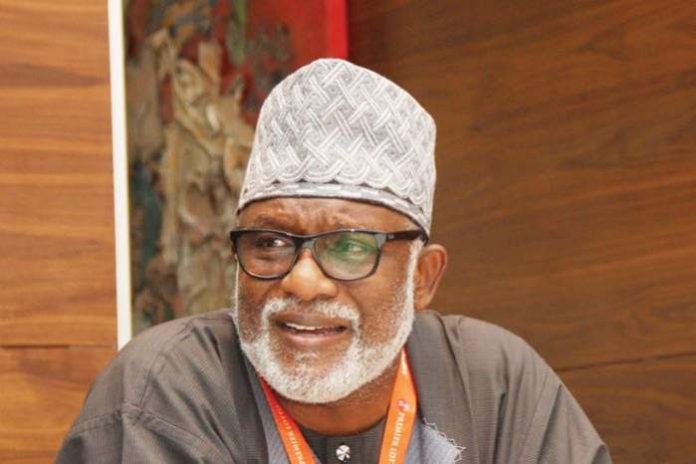 Ondo State Government has suspended both the National Union of Road transport workers, NURTW, and the Road Transport Employers’ Association of Nigeria, RTEAN in the state.

The Senior Special Assistant to the governor on special duties and strategy, Dr Doyin Odebowale, said that the suspension was with immediate effect.

He directed the leadership of both unions to vacate motor parks across the eighteen local government areas of the state and to stop collecting dues from taxi drivers and other motorists across the state.

Odebowale also directed taxi drivers to revert to the old price of N50 per drop across the state.

He explained that new tickets would be purchased directly from the state government and no more from the unions.

The Governor’s aide said “every attempt to make life difficult for the masses would be restricted by the state government.

He added that security agencies had been notified to effect timely arrest and prosecution of the defaulters.

Recall that the state government had directed residents of the state to reject the hike in taxi fare introduced by the National Union of Road Transport Workers, NURTW.

Also, Commercial Drivers operating under the Road Transport Employers Association of Nigeria (RTEAN) rejected the hike in transport fares in Akure metropolis and other parts of the state pitching them against the NURTW.

The NURTW increased the transport fares from N50 per drop to N100.

The state government dissociated itself from the reported hike In daily ticket by taxi drivers from #250 to #700 which the union said necessitated the upward review of taxi fare.

The Special Adviser to Governor on Transport, Tobi Ogunleye, said the government was not part of the increase.

Ogunleye blamed the drivers union, NURTW for inflicting pains on the people.

“I don’t know how they arrived at that but I want to distant this government out of that. The government by our position we don’t have the authority and power to intervene in business of any union.

“The issue of #700 per ticket is strange to us, it’s quite embarrassing.

“From history, NURTW had not been yielding anything for the state, Okada rider, Tricycle drivers have always yielded an appreciable revenue for the government and they did not increase their fare.”

Ogunleye who said that the union increased its taxes to government coffers this year posited that people could reject any price that is not favourable in a civil manner.

The hike also pitched the NURTW against the Road Transport Employers Association of Nigeria (RTEAN).

Commercial Drivers operating under Road Transport Employers Association of Nigeria (RTEAN) vowed to maintain the old rate of #50 per drop.

Its state chairman Mr Adewale Bolarinwa who gave the directive while reacting to the outcry over an increase in the ticket and taxi fare described the increment as inhuman.

Bolarinwa alleged that some hoodlums suspected to be agents of the NURTW have started attacking RTEAN members for not joining in the hike of the transport fare.

He insisted that his members would continue to charge the old fare.

The state Peoples Democratic Party (PDP) had described the hike as ”importunate, inconsiderate, inhuman and insensitive action of the NURTW in a morbid rush to generate revenues that may ultimately find their way into the private pockets of a few privileged allies of the governor.

According to the party’s Acting Director of Media and Publicity, Leye Igbabo “Ondo State workers are already under the yoke of salaries that are not only irregular but reduced by 50 per cent.