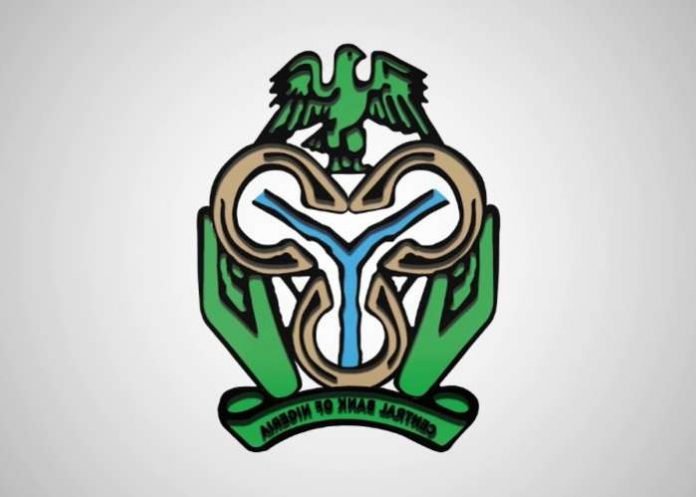 The Central Bank of Nigeria, CBN, staff report has indicated that the banking industry ended 2020 in a mixed performance. But members of the apex bank’s Monetary Policy Committee, MPC, its highest policy body, have indicated that the industry remained resilient and sound despite some negative impacts of the COVID-19 pandemic during the year.

The report indicated that the banking industry liquidity ratio improved markedly between October and December 2020 from 35.6 per cent to 44.5 per cent.

Available data shows that money supply has continued to expand. Monetary developments, according to the report, indicate that the broadest money aggregates (M3) rose to 10.97 percent between September and October 2020 from 3.2 percent as a result of growth in net foreign assets and net domestic assets of the banking system. The M3 exceeded its benchmark for 2020 by 4.13 percent.

The expansion, according to the report, was as a result of the rise in both the Net Foreign Assets (NFA) and Net Domestic Assets (NDA) of the banking system.

Reflecting sustained increase in liquidity in the banking industry during the closing days of 2020, total requests for the Standing Deposit Facility (SDF) from November 25, 2020 to December 31, 2020 significantly surpassed that of the Standing Lending Facility (SLF) window. This means that banks were dumping excess cash on the CBN.

The private sector credit growth stood at 13.34% in December 2020 compared with 10.5% in the preceding period.

In addition, the data indicated that about 62.7 percent of the N8.421 trillion lent by the banking system as at December 2020 was lent at less than 10 percent rate of interest per annum. As at December 2020, 92.32 percent of the total amount lent by the banking system was at less than 20 percent interest rate, the data equally indicated.

However, the staff report shows the industry average Capital Adequacy, CAR, declined to 15.1 percent in December from 15.5 percent in October while the average Non-performing Loans Ratio, NPL, rose to 6.0 percent from 5.7 percent.

These two parameters indicate the banking industry faced some difficulties in recovering their loans and they could not raise their capital buffers to cover up the losses.

But against the backdrop of these, the CBN released the personal views of the members of its MPC which indicated that the situation is still under control.

According to Festus Adekanju, a member of the MPC, ‘‘From the presentations of the Bank’s Staff, the Financial Soundness Indicators (FSI) remain strong, although there is a slight deterioration in the CAR and the NPLs ratio.’’

Giving more insight into the report, he stated: ‘‘Bank Assets, Credits and Deposits continue to be strong and recorded growth since the last MPC Meeting. The Liquidity Ratio, LR, is above the minimum Prudential Guidelines. Both the Return on Equity and Return on Assets increased from their levels as at the November 2020 meeting. The various stress tests confirm that the financial system is consistently strong.’’

But on the downside he noted, ‘‘There are few issues that need to be addressed under the current dispensation of providing support for the economy. There is a need for robust oversight on the financial sector. The CBN must use all tools necessary to ensure that current forebearance granted to bank customers are not withdrawn prematurely.’’ This, apparently, would prevent further deterioration in the bank’s NPL and CAR.

Another member of the CBN’s MPC, Aisha Ahmad, stated: ‘‘The financial system continued to persevere in its resilience, supporting credit to the domestic economy whilst maintaining robust soundness indicators, despite the economic disruption caused by COVID-19.

‘‘The Loan to Deposit Ratio (LDR) policy has been markedly successful at directing credit to the real economy and should be sustained with a renewed focus on effective utilization, to guarantee expected benefits from supporting businesses, manufacturing capacity and domestic output.

‘‘Banking industry liquidity ratio improved markedly between October and December 2020 from 35.6 per cent to 44.5 per cent, through the Bank’s provision of backstops via the CBN Special Bills, whilst capital adequacy ratio (15.1 per cent as at December 2020), return on asset and return on equity remained stable.

‘‘Strong growth recorded in deposits, total assets and funding over the period also solidifies the banking industry’s capacity to support the real economy through to recovery.

‘‘Although non-performing loan ratio increased marginally from 5.7 per cent in October 2020 to 6.0 per cent in December 2020, it remained reasonably contained and within tolerable levels, in view of the significant economic downturn in 2020.’’

However, reflecting further on the downside, she stated: ‘‘Notwithstanding the positive outlook, the CBN must remain vigilant given the uncertain macro environment and continue to monitor risks and vulnerabilities in the economy and their impact on financial system stability.

‘‘In this respect, it should continue monitoring restructured and unrestructured industry loan portfolios, sustain dynamic stress testing and ensure banks build operational resilience by strengthening their cyber defenses and business continuity planning. ‘‘Consolidating the industry’s earnings profile will also be critical to grow capital buffers; which will be important to enable it to manage likely financial and macroeconomic headwinds.’’

Commenting on the state of the banking industry, another member of the CBN’s MPC, Ahmed Aliyu, said, ‘‘The private sector credit growth stood at 13.34% in December 2020 compared with 10.5% in the preceding period – an indication of the efficacy of the CBN’s targeted interventions in the private sector.

‘‘The LDR (Loan-to-Deposit Ratio) policy has worked well as total credit increased by N2.91 trillion (16.56%) between end-December 2019 and end-December 2020 due mainly to CBN’s directive on LDR which encouraged Deposit Money Banks (DMBs) to lend to different sectors of the economy.

On the flip side, however, Aliyu stated: ‘‘A key mandate of the Bank is to ensure price stability. Thus, the rising inflationary pressure raises serious concerns in a banking system that seems to have excess liquidity.

‘‘I would not subscribe to hiking policy rate at this time of output slack. Rather, to curtail liquidity pressures, the Bank should employ its other potent liquidity management tools more aggressively to bring system liquidity under control.’’

In his on comments, another member of the MPC, Robert Asogwa, said, ‘‘The domestic monetary and financial conditions remained easy in November and December 2020 with robust systemic liquidity.’’

He attributed the growth in money supply to the Central Bank’s increased development finance interventions and the ongoing government cash roll-out to address the impact of COVID-19 pandemic.

He further noted, ‘‘The recovery in bank profitability between October and December 2020, even in the midst of recession, shows further resilience in the industry.’’

Asogwa played down the bad loan challenges saying, ‘‘Loan defaults are yet to surge in the industry, even though the nonperforming loans ratio of banks increased marginally between October and December 2020. ’’

He, however, warned, ‘‘While the bank balance sheets still look strong at this time, the loan forbearance policy may somehow be masking some rising vulnerabilities.’’

On his part, Mr Kingsley Obiora, a Deputy Governor in the CBN and also a member of the MPC, stated: The banking system has maintained its stability and resilience during this crisis. This reflects strengthening of risk management practices, the Global Standing Instruction (GSI) policy and regulatory forbearance that has allowed banks to restructure credits impacted by COVID-19.

Reflecting on the credit to the economy during the period, another member of the MPC, Aliyu Sanusi, had these to say, ‘‘Credit to core private sector has grown by 15.35% in December 2020 chiefly reflecting the effect of the various CBN’s credit policies as well as the on-going development finance interventions. For instance, between November 2020 and January 2021, a total of N499.01 billion was disbursed under the 15 interventions, including AGSMEIS, TCF, ABP, Manufacturing Sector Stimulus, Electricity Market Stabilization Facility, CBN/BOI Facility, Export Development Facility, etc. These policies have significantly affected interest rate developments.’’

Towing the same line of nothing to worry about, Folashodun Shonubi who is also a member of the MPC stated: ‘‘Throughout the turbulence of 2020, the Nigerian banking system was generally resilient, with major financial soundness indicators staying in comfortable territory.

‘‘Industry capital adequacy ratio closed the year at 15.1 per cent, against 15.0 per cent regulatory threshold. Similarly, the industry liquidity ratio, at 44.5 per cent in December 2020, was above the regulatory threshold of 30.0 per cent. ‘‘Growth in asset and deposit was sustained all through the year, and measures of profitability in 2020 remained above 2019 levels.

‘‘Notably, the sector has continued to respond favourably to measures by the CBN to enhance financial system stability.

‘‘Developments in monetary aggregates and the financial markets generally reflected cautious sentiments due to uncertainties around the pandemic in 2020.

‘‘Growth in the major monetary aggregates of narrow (M1) and broad money supply (M3) were positive but below the benchmark for fiscal 2020. Growth in domestic claims reflected sustained expansion in credit to promote economic recovery.

‘‘Money market rates were generally lower, a reflection of the ample banking system liquidity and effect of the Bank’s policies to stabilize markets.

‘‘Without doubt, the CBN’s polices have ensured that the financial system remain the major source of impetus to the economy through provision of credit. ‘‘Also, through its creative monitoring measures, the resilience of the sector has been preserved.’’

However, he warned, ‘‘We must, creatively deal with the wide interest rate premium and sharpen our supervisory activities to prevent deterioration, and strengthen shock absorber mechanism of the sector, so it can withstand issues that may crystalize in the near future.’’