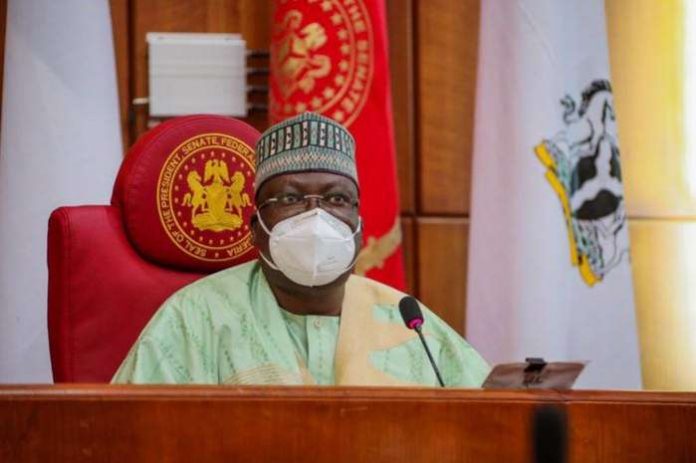 The Nigerian Senate has mandated its committees on Basic and Tertiary Education to investigate allegations of abuse of $20 million meant to implement the Safe Schools Initiative of the Federal Government.

It was introduced by ex-President Goodluck Jonathan’s administration in 2014.

President Jonathan had committed about $10 million in government funds to match the initial $10 million provided by Nigerian business leaders, making a total of $20 million for the Safe Schools Initiative.

The Upper Chamber also charged the Federal Government to collaborate with the various state governments, in order to restore, revive and revalidate the Safe Schools Initiative in Nigeria.

It further urged the Federal Government to collaborate with the various states and local government areas/area councils to urgently design and implement a workable arrangement to deploy well-armed security teams around all schools in Nigeria.

These resolutions of the Senate followed its consideration of a motion titled: “Urgent Need for the Restoration and Revalidation of the Safe School Initiative in Nigeria,” sponsored by Senator Odey Stephen (Cross River North).

According to the Senate, the latest twist in the criminal activities associated with insecurity in the country, especially as relating to the invasion of school premises as well as kidnapping of students and teachers for ransom, could be checked through the full implementation of the “Safe School Initiative” by all stakeholders.

Senate Minority leader, Enyinnaya Abaribe, in his contribution, urged the Senate to look into the allegation of abuse of the funds meant for the execution of the initiative.

Abaribe’s prayer was adopted by the Senate while the Committees on Basic and Tertiary Education was directed to carry out the investigation.

The initiative was launched by Nigerian business leaders through the Global Business Coalition for Education, A World at School and the UN Special Envoy for Global Education, Gordon Brown.

The programme was to ensure that schools were protected and to ensure safe spaces for children and youth to learn.

In his lead debate, Senator Odey urged the Senate to note that the “Safe School Initiative” was launched to promote security and safety of schools, pupils, students, teachers, as well as facilities in 2014.

He said that it was also to design and implement the best of global standards in the educational sector in Nigeria through the employment of qualified teachers, provision of library and laboratory equipment, conducive environment for teaching and learning, as well as provision of habitable classrooms and hostels.

He urged the Senate to be concerned that “the unfortunate increase in the insecurity crisis in the country, with the advanced target at schools in diverse locations had exposed the unimaginable decadence and dilapidation in the schools in Nigeria, drawing inference from the footages from the school environments.”

He noted that, “these incidences of kidnapping school children/students or invasion of school premises across Nigeria have created negative publicity for Nigeria with the attendance loss of confidence by foreign investors in the Nigerian economic climate.”

Odey urged the Senate to be worried that “these incidents of insecurity may instill fear in parents and guardians and force them to withdraw their children and wards from schools or prevent them from sending their children to schools which will in turn defeat the government’s educational policy of literacy for all and further deprive our children of the opportunity of having quality education to compete with their peers globally.”