Home FEATURED Repentant bandit: Why I went into banditry

Repentant bandit: Why I went into banditry 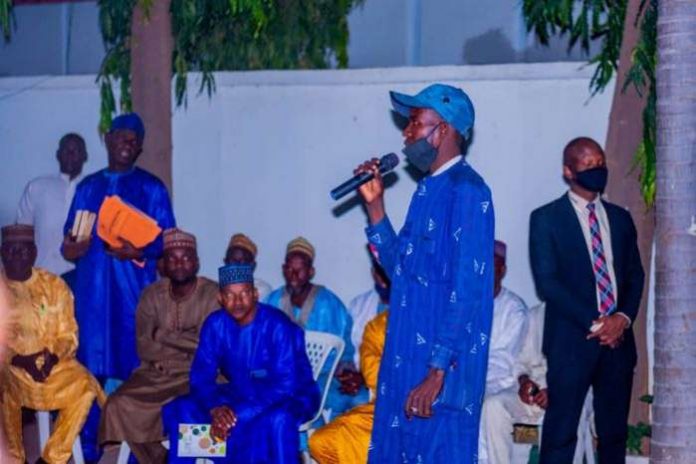 A self-confessed leader of a bandit group in Zamfara State on Monday renounced criminality and surrendered his arms to the state government.

Ahmadu Katare and three other who also confessed to banditry said they had embraced Governor Bello Matawalle’s peace initiative, which grants amnesty to bandits who renounce criminality in the state.

Katare said: “I was forced to join banditry by the extra-judicial killing of my parents, children and wives by the ‘yan sakai’ (local vigilante group).

“We are not thieves, we were law-abiding citizens, we are just fighting the injustice meted to us by the vigilante group.”

He said the peace initiative of the governor has encouraged many to renounce banditry or take the crime elsewhere.

“Also there are other colleagues in Zamfara, who vowed to continue banditry but relocated to Niger Republic because they learnt that the government in Zamfara is committed towards the peace dialogue and they cannot operate in the state.

“Most of us earlier believed that the peace dialogue initiative was the usual government deceit, which was the reason many ignored it. However, with me coming out to embrace the peace dialogue, I will convince many other colleagues who are sceptical, to surrender.

“We are appealing to governments at all levels in the country to protect the lives and properties of the Fulani because they are being killed innocently on daily basis in the forest and if that is not controlled, a lot of damage will continue to happen,” Katare said.

Katare, who operated in Bakura Local Government Area of the state, surrendered two Ak-47 rifles and some ammunition at a ceremony at the Government House, Gusau, attended by the governor.

Matawalle assured of the state government’s commitment to bringing lasting peace to the state through reconciliation with and disarmament of the criminals.

“Only dialogue can resolve the insecurity bedevilling the state and the country at large and no war or crisis ends through the use of force but peace,” Matawalle said.

He added that security is the responsibility of all citizens and urged people to avoid injustice to one another which he said had pushed many into criminality.

The governor said the proliferation of arms is fueling banditry in Nigeria and that his administration prioritised disarmament in order to reduce the illegal circulation of arms and ammunition in the country.

Matawalle also called on other bandits to accept the state government’s peace process and come forward to surrender their arms.

Receiving the surrendered arms, the state Commissioner of Police, Abutu Yaro, said the peace dialogue, reconciliation and disarmament have been recording success and brought relative peace to all parts of the state.

Yaro said the police would continue to use kinetic and non-kinetic methods in the fight against banditry and other criminalities in the state.