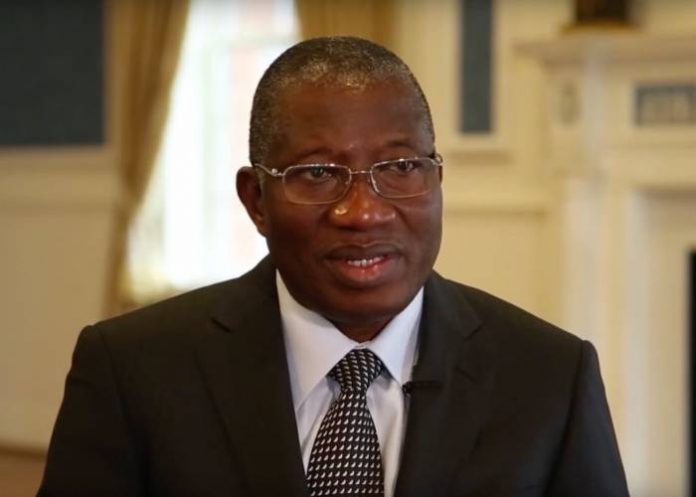 In his quest to facilitate a common front in the build up to the making of a new constitution for The Gambia; Nigeria’s immediate past President, Dr. Goodluck Jonathan is playing host to the country’s top political leaders in Abuja.

The interface which opened on Monday has as participants, leaders of 15 political parties, and the leadership of the International Institute for Democracy and Electoral Assistance, IDEA, an intergovernmental organization, providing technical support for the consultations.

Jonathan, it will be recalled, has been supporting the country’s ongoing constitutional review process to forge a workable national consensus since December 2020.

The session will afford the former President and his guests an opportunity to undertake a collective review of the progress that has been registered since the inter-party dialogue began in December 2020, with some specific recommendations brought forward to January 2021.

During the brainstorming session of 22 to 24 February 2021, party leaders will be invited to share thoughts and exchange views on the proposed agenda for the third mission to Banjul which the former President will be carrying out in the course of the first half of March 2021.

The methodology of work to be adopted for ensuring that the third mission in March 2021 enables the party leaders to finalize an agreement on the way forward will also be considered.

Furthermore, the session will also consider any outstanding issues that could be included in the agenda of the session scheduled to hold in Banjul in March 2021 for full discussion by the party leaders, in preparation for the planned adoption of a new constitution for the country.

At a welcome ceremony on Monday night in Abuja, Mr Jonathan registered his “appreciation to the government and people of The Gambia for the moral support offered to the inter-party dialogue to date”.

The planned March trip would be Jonathan’s third visit to The Gambia since December 2020 when he was invited as a respected eminent personality to support the process of building national consensus and backing for the ongoing constitution review process in the country.