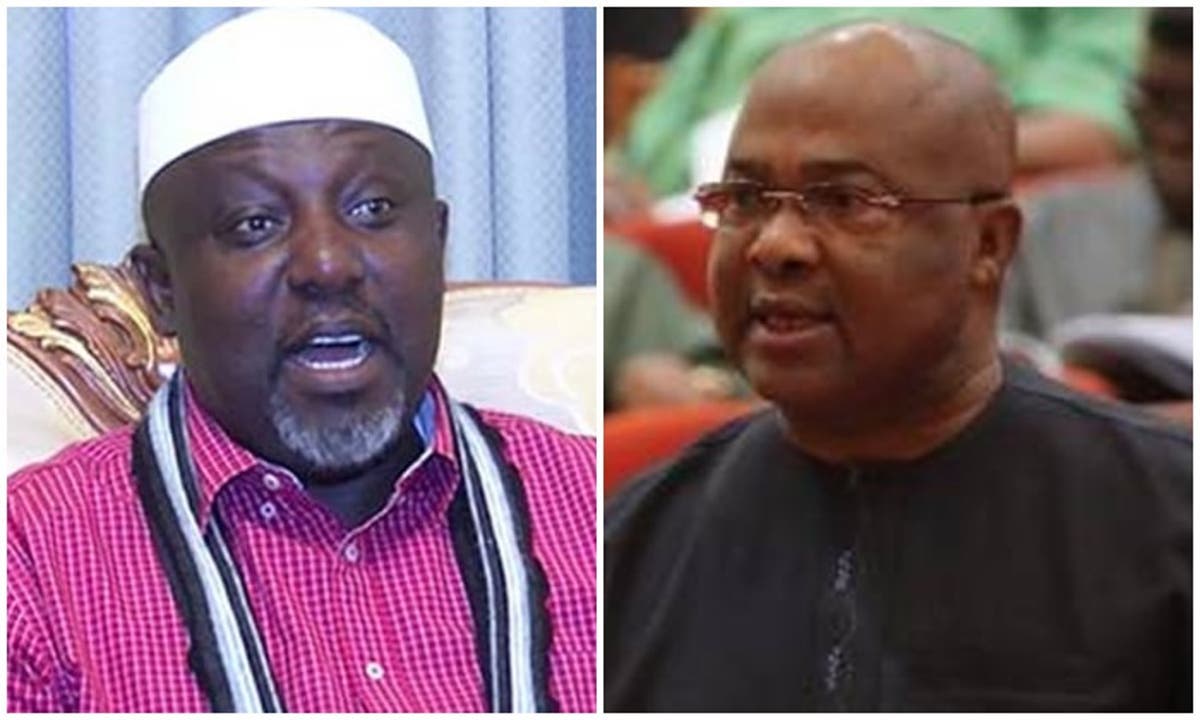 The Imo State chapter of the Peoples Democratic Party, PDP, has accused Governor Hope Uzodinma and his predecessor, Rochas Okorocha, of turning the state into a terror, theatre of war and conflict zone.

PDP, in a statement by its State’s Publicity Secretary, Ogubundu Nwadike, on Monday, alleged that the actions of Uzodinma and Okorocha were causing anxiety and tension in Imo.

Recall that Okorocha was arrested after he allegedly broke into an estate belonging to his wife which was sealed by the Imo government.

The Senator, while speaking on the development, had accused Uzodinma of ordering his arrest.

“The Peoples Democratic Party, PDP, in Imo State, strongly condemns the horrific violent and bloody gun battle which recently occurred in the State between supporters of Sen. Rochas Okorocha and supporters Gov. Hope Uzodimma, where they were engaged in a bizarre indiscriminate shooting over the sealing by the Government, of Royal Spring Palm Estate Hotel, in the Akachi area of Owerri, the state capital,” PDP’s statement read in part

“It’s highly disgusting that the present APC Government in the State has turned Imo into a terror zone and theatre of war and conflict.

“In recent times, Imolites have had the most tragic and excruciating experience ranging from the recent military invasion of parts of Orlu and Orsu Local Government Areas, which caused insecurity and other forms of gruesome attacks, leading to the breakdown of peace and order, and loss of lives and properties.”