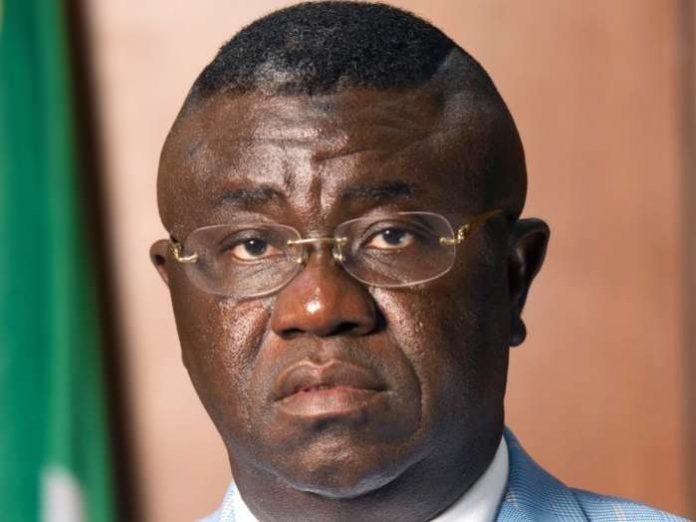 The Minister of State for Budget and National Planning, Prince Clem Ikanade Agba, yesterday said that President Muhammadu Buhari had approved N34 billion, to tackle road construction in the agrarian communities of the country.

He said that the president approved the money in order to grow food production as well as assist farmers in the country to make a profit by freely moving their produce to urban areas.

He said: “Early last year, when coronavirus came into our country, it was a very big challenge and it turned out to be an economic pandemic because we were forced to shut down the economy. But to tackle the challenges.

“Mr. president set up an economic crisis committee, headed by the Vice president, Yemi Osibanjo, and what you are seeing today which is the 3.5km Asphalt Road – Umucheke, Okwe in Onuimo Local Government Area of Imo State, is the outcome of that committee.

“The committee which is the economic suitability plan was to focus on the rural areas, as a result, this, Mr. president approved N34 billion to do works in the rural areas and currently we are working in over 300 communities rural roads that are around the corridor of agricultural activities.

“The first thing we have to do is to create the asses road through which food produced from rural communities can be taken to urban areas and the evidence is here. Also, we have a provision of about N500 billion for farmers they can assess the loan to improve their activities. But you need to register so that the ministry can come and assess your farm for you to be able to assess the loans,” Agba said.

Earlier in his remark, the Minister of Agriculture and Rural development, Sabo Nanono, represented by the Southeast director of the ministry, kehis Felix.

He said: “When we were pointing out roads to be considered, we considered the 3.5km Asphalt Road – Umucheke, Okwe in Onuimo Local Government Area of Imo State, because of the volume of traffic on the road as well as the farming activities that go on in and around this community.”

Present at the occasion was the House of Representative member, representing Imo North, Miriam Onuoha, former National Organizing Secretary of the All Progressives Congress, APC, Emma Ibediro, Imo state commissioner for Agriculture, Lambert Olisakwe, among others.